By submitting the above details, you agree that we can store and process your information as covered by https://www.filecloud.com/privacy/. If you want to delete your information, email us at support@filecloud.com.
NULL
This site uses cookies. By continuing to browse the site, you are agreeing to our use of cookies.

Common Mistakes In Choosing and Building a Hybrid Cloud 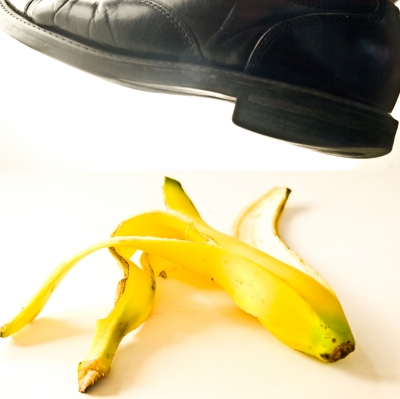 The cloud is increasingly making a big impact in today’s enterprises and government organizations. Although the public cloud is fairly popular especially among beginners, the trend largely inclined towards private and hybrid cloud- particularly among experienced cloud users. With the help of IT architects, CIOs are implementing effective hybrid cloud technologies as the main information processing, storage and distribution backbones within organizations- hence taking advantage of the availability of the public cloud while simultaneously benefiting from increased security and exclusiveness which come with the private cloud.

According to Gartner, businesses are rapidly realizing the benefits of a hybrid cloud, which include but not limited to; improved development cycles, reduced operational costs, increased productivity and comprehensive, real-time analytics. Consequently, its adoption is expected to proceed growing exponentially, to a staggering 50% by the year 2017. Microsoft on the other hand, suggests that 41% of senior IT executives in small, medium and large corporations are already experimenting and plan to shift to the private cloud by the end of 2015. Although they widely acknowledge the benefits of the private cloud, most of them will not entirely shift all their resources- and will rather rely on an optimized hybrid cloud system that features the two major cloud channels.

To smoothly achieve this and subsequently run an effective hybrid cloud system that’s free of errors, you need to implement a cloud shifting strategy void of mistakes. Here are some of the top common mistakes you should avoid:

Failing to Verify Where Data Is Hosted

The cloud basically refers to virtual servers that are accessible remotely from anywhere in the world- but that, of course, doesn’t literally mean that physical servers are completely eliminated. Public cloud service providers mostly position their servers in large data warehouses, accessible through the web. But most cloud users, unfortunately, are only interested in the cloud resources, and consequently fail to verify the physical locations where their data is hosted. It may seem trivial, but it has significant consequences since all countries have different jurisdictions and policies on data.

In the United States for instance, the Senate voted against NSA reform and the Patriot Act, which would have granted the government authority to access all digital data hosted within the United States. That means that although some of your hybrid cloud data may be held within your private in-house servers, the rest may be at risk of being exposed to third governmental parties. You should therefore comprehensively double check all your service providers to verify the positions of the servers and the resultant legislation that apply.

Sure, it’s good, and in fact highly encouraged, to be ambitious in business. But too much ambition could potentially be poisonous. There are many reports of businesses, which sadly, overstretched their budgets as they set up their hybrid cloud infrastructure. By being too ambitious, they end up over-provisioning infrastructure and subsequently under-utilizing their resources.

In addition to risking a budget overstretch, this mistake beats the logic of adopting the cloud- one of the primary objectives of the hybrid is orchestrating infrastructural growth according to developing organization’s needs. Therefore, you should factor in subsequent growth as you consider adopting the hybrid cloud. Stretch your budget according to the chronological infrastructural upgrades and ensure that they are implemented as your needs increase. This grants your organization a chance to grow and adopt new infrastructure only when it’s completely necessary.

Among the resources most service providers grant their users are analytical systems comprising of different metrics including CPU usage, Data flow, RAM usage and Data Storage statistics. Unfortunately, a great number of public and hybrid cloud users entirely rely on these metrics only, and manage their operations exclusively according to them.

These metrics however, are only developed after comprehensive analysis of the average needs of all the cloud users. They are therefore sufficient and ideal for a majority of cloud users but severely inadequate in suiting individual organization needs. As a hybrid cloud user, you should implement your own tailored analytics to monitor and deliver relevant metrics on the most critical elements of your system. Of course the best platform to implement such is the private cloud, since the public cloud is usually covered by standard service providers’ metrics.

Securing the Cloud with Unsophisticated Passwords

Reports by the Identity Theft and Research Center attribute most of the 783 reported data breeches in 2014 to hackers. Hackers are having a field time targeting and attacking cloud servers not because of poor security architectures, but due to unsophisticated passwords.

Many organizations are only obsessed with actual security frameworks- encryption algorithms, sophisticated threat detection systems- forgetting the most fundamental thing of protecting their hybrid cloud systems with secure, complicated, impenetrable passwords. Instead of securing your system with simple, standard passwords like “12345” or “Name of Organization+Year”, use a sophisticated combination of characters which would never be cracked. For instance, you could use something as random as “*^%Fqm67HU%”. Although it could be difficult mastering the password in the beginning, you’ll ultimately wade off hackers from your system and protect your organization from severe disasters as a result of data breeches.

To avoid these and many other potential mistakes, ensure you engage a team of experienced cloud architects as you shift to the hybrid cloud. You could alternatively engage private cloud software providers to assist you in drafting a stable error-free hybrid cloud framework that efficiently encompasses both private and public channels. Finally, your CIOs should conduct periodic maintenance checks and audits to monitor the entire system and identify any potential issues and risks.