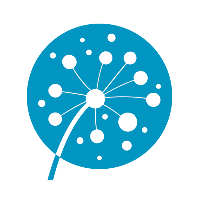 AirSend Teams make it easier for members to keep track of their channels and to keep information sorted by project or application.

A team includes channels and team members who belong to any number of channels in the team. Any user can create a team and include other AirSend members in it. The user who creates the team is the owner, and can add channels and members to the team.

Channels can only belong to one team. The team owner or manager may add a color to a team that appears in a half circle icon on its channels to help you identify them. Tabs for teams that you are a member of appear across the top of the AirSend screen.

Click a team tab to access the team's dashboard.
The team dashboard displays all of the team's channels, any announcements added by the team owner or team managers, statistics about the team, and a list of the channels that are public (that any member of the team may join).

To add a team

To add a copy of a channel to a team

To make a channel a public team channel

To join a public team channel

If you are a member of a team, when you go to the team dashboard tab, its public team channels are listed in a box on the screen.

To join one a the public team channels:

Adding Members to a Team

To add members to a team:

When you create a team, you are automatically a member of the team and the owner. Next, you can add team members.

After you create a team, the tab for the team is automatically selected.

Also see the video in Managing Members, below

You can change team settings by clicking on the tab for the team, and then clicking Manage Team in the upper-right corner.
The Team Settings dialog box opens, and from there, click any of the setting titles in the navigation pane to change the associated settings.
This video shows you how:

The following video shows you how to add a member to a team, change a member's role, and remove a member from a team.

Getting Started with AirSend