How Small and Medium Businesses Can Avoid Costly Cloud Surprises

Admin Tools and Tips Cloud Computing Productivity on May 18, 2015 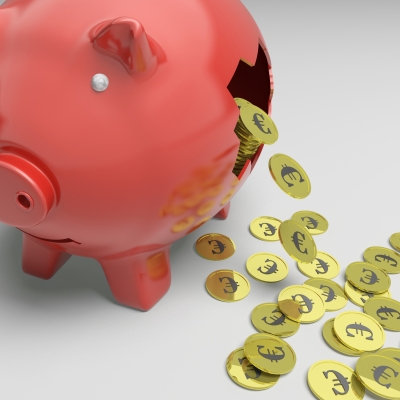 According to recent studies on adoption and subsequent benefits of the cloud, Small and medium businesses are arguably the biggest beneficiaries. It has not only improved business operations and service delivery, but it has also considerably reduced operational costs. In fact, 82% of businesses that leverage the cloud have reportedly recorded significant profit increment, largely due to the cloud’s cost efficiency. So, where does the other 18% of businesses lie? Hasn’t the cloud proven to be sufficiently cost efficient for them?

A large number of the businesses which are yet to experience reduced costs courtesy of the cloud fall in the “cost surprises zone”. Although they leveraged the cloud for its alleged cost benefits, the eventual costs of running and operating cloud resources surprisingly surpass its returns. Such a scenario is extremely detrimental to small and medium businesses since they take longer to recover compared to large corporations.

So how can it be avoided?

The biggest mistake some business owners make is making assumptions on a vendor’s infrastructure and resources. Consequently, they end up with huge losses due to technical failures resulting from the vendors’ inability to sustain cloud services due to poor infrastructure.

Due to the increasingly competitive markets, most small and medium businesses rely heavily on their IT resources to stay afloat- That’s why it would be severely detrimental for a company to lose its IT uptime, even for a single minute. A case in point is Amazon, which incurred losses of $16000-$30000 every single minute when its cloud services went offline in January 2013. That number would immensely proliferate if you factored in additional losses made by businesses that were dependent of Amazon’s cloud resources.

To avoid such a scenario, you need to comprehensively analyze the vendors’ infrastructures. If a “fully redundant network connectivity” is advertised for instance, ensure you are not being duped into a “collapsed ring” service delivery– since you would not be entitled to physical diversity, consequently risking disconnection in case of a single backbone.

As you begin adopting the cloud, chances are you may not correctly predict the precise future expansions your business will experience. Additionally, you may not be in a position to project resources that you may or may not need in future. Therefore, it would be unwise to choose a vendor with fixed rates, consequently limiting your business’ scalability options. If your business subscribed to such a package, you’d continue paying the pre-stipulated amount even after scaling down your cloud resources. Of course this entirely goes against point of adopting the cloud, which is primarily to take advantage of convenient scalability.

Napoleon Bonaparte, a widely celebrated 18th century French military leader, admitted to winning many battles because of the power of information. “War is 90% information,” he insisted on a principle, which is still widely employed by successful business owners. For you to efficaciously manage your business and dominate the market, you need to acquire sufficient critical information- and that includes your cloud resources.

Many businesses incur unnecessary costs on the cloud because of subscribing to more resources than they actually need. According to Suresh Balasubramanian, the Chief Executive Officer of Armor 5, a small or medium sized business, on average, subscribes to more than 100 cloud applications, most of which are redundant.

The most efficient method of avoiding the accompanying costs is demanding for a real time monitoring system from your vendor, which grants you in-depth analysis of on the usage of individual applications and how they affect your entire business. Through the info you acquire, you’ll identify the redundant resources, eliminate them and consequently reduce your cloud operational costs.

Nothing is as important as the details during product or service acquisition. The precise details of your individual resources significantly determine the eventual amount you’ll pay as subscription fees. Unfortunately, since most business owners do not comprehensively read the fine print, some vendors get away with duping their clients.

Since each detail affects the price, they all should be critically assessed separately- Go through and comprehend individual resources and their impact on your business and the overall fees. Additionally, compare different vendors according to their corresponding resource details and evaluate the factors they use in pricing each element. Some vendors, for instance, cunningly attract clients by pricing their data storage space according to “amount occupied”. Ultimately, this package turns out to be costlier than paying for “amount allocated” since you’ll pay for every bit of data you save on the cloud.

Digging into the details will additionally help you comprehend the contractual terms and any hidden costs. While some contracts require their customers to authorize credit card payments for subscription renewal, others automatically process the payments after a stipulated time period. Of course the latter is only essential for businesses which consistently use the cloud.

Finally, as you assess vendors, look up for their respective reviews from past clients. This should help you identify any red flags which are only noticeable after prolonged use. Reviews are also very reliable in comparing the cloud service providers according to their resource and customer service.