How to Effectively Collaborate With Your MSP Partner 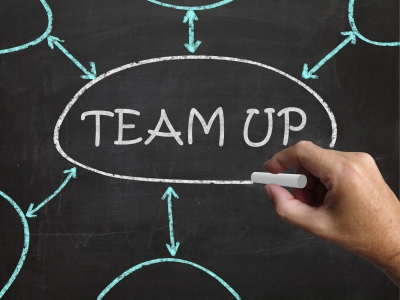 Resourceful partnerships, as a majority of entrepreneurs acknowledge, are critical for steering success not only for MSPs, but also in other ventures. A significant number of successful entrepreneurs owe their achievements to strong and effective partnerships, which have increasingly propelled their enterprises forward.

One of the greatest partnership stories in the tech world is that of Sergey Brin and Larry Page, who met in Stanford and proceeded to build a multi-billion Dollar Company, Google. They bonded through their passion for computers, programming, data-mining and ambitious business vision. Jerry Greenfield and Ben Cohen on the other hand, capitalized on their gym friendship to build one of the biggest ice cream franchises, Ben and Jerry’s.

The same success stories can be replicated with managed service vendors who share the same ambitions and idyllically complement each other’s services. In a promising market where US businesses alone are channeling more than 13 billion dollars to managed services, there’s a lot that partners stand to achieve if they effectually collaborate in streamlining their operations accordingly.  Here are useful tips on how to do this:

Business, particularly partnerships are falling out at an increasingly alarming rate. Although profits for partnerships have considerably increased by 157% since 1980, the failure rate in the US alone between 2007 and 2010 had risen by 40%. Although this is due to a plethora of reasons, the main one among partnerships is absence of definitive roles for all the concerned parties.  Some MSP-partnerships depend on unstable frameworks, with each party fulfilling assumed roles. Ultimately, finger-pointing begins and rifts develop when responsibilities are left unattended.

Stable and resourceful partnerships are built on mutual understanding between two parties and subsequent acknowledgement of individual responsibilities. This can only be achieved through clear definition of shared business goals and respective processes, responsibilities and roles. Begin by comprehending all your organizational visions and goals in context and determine the collaborative processes required to achieve them. You’ll then be able to make recommendations on each party’s roles and processes required to achieve them.

Communication is obviously very vital between two partnering companies. Your interaction levels dictate the overall flow of information, consequently affecting collaboration and operation efficiency. Without a stable and efficacious communication framework, resultant misunderstandings could restructure your streamlined processes and encumber the achievement of predetermined goals.

To prevent this, both parties should structure their communication framework according their processes and desired goals. Your partner should therefore collaborate with you in drafting a communication formula that you should both use to consistently update each other according to your respective schedules and responsibilities. Ensure that all the employees comprehend and use it frequently to provide timely feedback and status updates critical to your processes. If you’re partnering with a vendor for instance, your organization should be able to communicate immediately there’s a service change which affects the clients.

Assign Reasonable Responsibilities According To Expertise and Resources

Although creating partnerships increases your chances of business success, you should manage your expectations. Many MSP business owners are often excited about increased market dominance and revenue prospects as soon as partnerships are formed. Unfortunately, only a few recognize the actual logistical hurdles both companies have to surpass to achieve this.

One of the most basic steps in this is assessing and comprehending your partner’s expertise and resources. What is your partner’s market reach? How many employees does the company have? How is their process framework?  Which resources do they have? Which of them can be integrated with yours for increased productivity and improved workflow?

Such inquiries will help you determine the tasks that could be handled by your partner and your consequent expectations. As a result, you’ll eventually assign reasonable responsibilities and prevent frustrations which mostly precede inter-organization squabbles.

Include Your Internal Team in the Process

Partnering with another MSP company may likely not go down well with your internal team. Many professionals interpret such a move as a threat to their jobs, and consequently downplay their roles which prevents smooth inter-organization workflows. To ease the tension and increase the sense of job security, you ought to engage your internal team and include them in partnership process. Ensure they understand the benefits of collaborating with their counterparts and implement a favorable framework for this. A good method is defining supplementary responsibilities on corresponding roles.  If one team is handling product development for instance, the partner team could help test the services.

Focus on More than Just the Profits

Finally- Although it’s critically important to consider the resultant profits, real business value in partnerships is achieved by strong bonds formed over accomplishments you wouldn’t have made alone. All parties should be committed to developing a stable partnership supported by trust and unity.

You should therefore settle on a partner who’s not only focused on the business results, but also building a real partnership with you. Develop a culture of working together to understand each other dynamically on more than just general business issues. The resulting relationship will improve collaboration, helping you achieve even better results than previously projected. MSPs who are interested in becoming FileCloud partners click here