The State of the Containers-as-a-Service Market 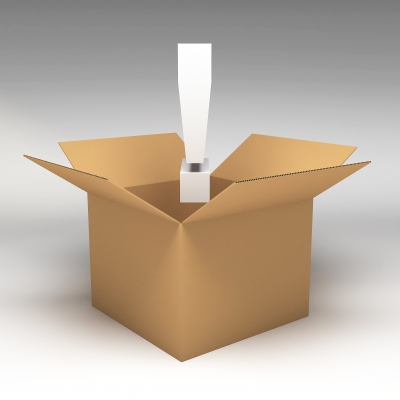 Containers-as-a-service took off in 2014 and strategically etched through the cloud market to become one of the biggest buzz words in the industry. Enterprises that have leveraged this new technology are consistently raining praises on it, prompting other organizations to consider implementing it in their overall cloud architecture. It has proven to be exactly what many cloud users have been waiting for- a solution that effectively abstracts operating systems to enable servers execute different applications simultaneously by distributing resources accordingly.

While many tech experts and CIOs are of the opinion that CaaS is just getting started and will subsequently grow exponentially to supplement what organizations are already getting from VMs, others believe that the market is not too promising and will possibly stagnate after VM users adequately adopt CaaS due to its isolation capabilities.

So, what is the actual state of the market? Will the excitement continue translating to CaaS migrations? Who are the dominant CaaS providers, and what features do they have over other service providers?

Infonetics Research, which is currently part of IHS Inc, recently did an in-depth research on cloud computing by surveying a wide range of service providers on their current services and future projections. They subsequently published “Cloud Service Strategies: Global Service Provider Survey”, a study which favors hybrid and CaaS as two of the fastest growing cloud solutions- 82% of service providers are already drawing up plans to implement them in the future.

The researchers further analyzed top challenges to CaaS service providers and found that customers are particularly wary of security. Therefore, by solving technical security challenges CaaS adoption is expected to improve exponentially. Other strategies which will predictably continue improving the numbers include:

CaaS, unlike most other cloud applications, is relatively new and distributed by just a small fraction of service providers- who currently enjoy absolute market dominance.

Currently, containers are widely leveraged as a framework for hosting web applications which are developed on top of java, .Net or other technological stacks with these 8 infrastructural components:

While some users adopt these services from container frameworks or cloud platforms, others simply build them entirely from the ground base on proprietary or open source software.  Some of the providers who distribute these services along with CaaS include:

Although a significant number of cloud providers have already tried out containers, they are yet to strategize on production-grade use. As a result, they shy away from CaaS, leaving the entire market to just these providers. Even though they are few and seemingly effectively distribute and manage CaaS, they have one major drawback (which also applies to the two leading ones, Amazon Web Services and Google Cloud Platform)-They are yet to fully integrate with Docker API, which cripples their security and network connection management between containers on a single host machine.

If you’ve been a keen follower of container news, you’ve probably heard the word “Docker” being mentioned severally in the context of containers. So, what is it and how does it affect the market?

Being an open source container technology, Docker offers its users unparalleled features which have proven to be better and faster compared to hypervisors.  As a platform for running, shipping and developing applications, it significantly shortens the writing to running code cycle by facilitating faster deployment and testing. This is achieved through a combination of application management and deployment tools, workflows and lightweight container virtualization. With Docker, users can also separate applications from their infrastructures and treat their infrastructures like managed applications.

Developers largely prefer it because it supports the development of applications in all languages and toolchains. Additionally, it delivers superior applications which are portable and compatible with a wide range of systems including QA servers, Windows and OS X servers.

Sysadmins, on the other hand, like Docker not only for its ability to track dependencies and changes, but also due its standard environment for app development.  They abstract away differences in underlying infrastructure and OS distributions by “dockerizing” the application platform.

Docker has also proven to facilitate convenient flexibility among sysadmins. By standardizing on it as the deployment unit, sysadmins greatly benefit from workload elasticity. Additionally, its light weight facilitates quick and simple scale downs and ups in response to demand changes. Overall, Docker has significantly helped sysadmins efficiently and rapidly run and deploy a wide range of applications on a many different types of infrastructures. It’s therefore considered as one of the prime pillars of CaaS.

With such developments on a new technology, the CaaS is considered to be fairly promising, particularly to cloud service providers who are currently considering their chances of joining the CaaS bandwagon. It could be a worthwhile endeavor for a strategic and calculative company which needs to take advantage of the expansive market and gain early dominance.