How Containers are Affecting Modern Applications 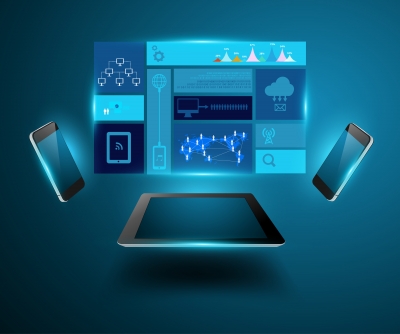 Containers are increasingly growing in popularity, particularly among CIOs and app developers. Not only is it one of the most effectual technologies right now, but it’s also changing the way applications are built, developed and deployed. It has achieved this not by introducing new methods, but improving the existing ones- hence making a significant impact in modern IT.

What is even more exciting is the fact that containers seemingly have a promising future. Going by its history, container technology is only but getting warmed up to efficaciously support and facilitate modern applications. After Google pioneered container functionality and embedded it to Linux kernel, the resultant utility has been additional granular control over computer infrastructure consumed resources. The projected improvements in the future are expected to proceed boosting app development by granting developers and vendors additional functionalities as they break away from traditional VM architecture.

Developers who have broken from VMs are already having a ball at application development. Here are pointers on how container technology has achieved this and subsequently impacted modern applications:

Developers initially relied on monolithic cloud application development, a technology that’s now considered redundant thanks to microservices cloud architecture. The latter grants developers the ability to build applications through loosely coupled set of functionally independent services. Although building such services may not require containers, encapsulating them through containers largely prevents IT lock-ins with underlying platform and infrastructure. This subsequently boosts enterprise agility and innovativeness.

Although the benefit of preventing lock-ins with a single vendor is critical, the biggest advantage of zero lock-ins is optimized innovation. If enterprise IT history is anything to go by, one of the most significant hurdles to innovation has always been costs brought about by underlying platform tight coupling- since it has always hindered smooth adoption of improved technologies, consequently becoming an Achilles heel to innovation.

Collaboration has always been a principle backbone to enterprise application development and deployment. Although VMs have largely facilitated it, containers have introduced a whole new dimension by my enabling networking of suitable open source containers. The Docker Hub provides a reliable repository where enterprises can effectively access and network best-of-breed containers, as an alternative to tuning them separately. Therefore, instead of individually focusing on single service containers like MongoDB, Nginx or Hadoop, you can collectively fine tune them through the hub.

Consequently, developers and organizations can effectively stitch together other experts’ containers and ultimately take advantage of them in app development and testing. By leveraging the best community containers, you grant yourself optimized resources- which is of course ease your app development process compared to tuning your individual containers and doing all the heavy lifting by yourself.

Testing, bug detection and elimination have always been critical to app development- and one of the most reliable ways of doing this is continuous integration due to its ability to automatically test your code. Unfortunately, although it has been considerably effective in doing this, it has two major drawbacks.

Traditional Continuous delivery/continuous integration technologies like Travis and Jenkins develop applications by drawing source code repositories. Although this is executed seamlessly in some apps, operating system level variations and binary dependencies may trigger a difference in the way code runs in development/test/QS compared to production. Fortunately, containers eliminate the problem of dependency encapsulation by encapsulating entire app states- hence making code run exactly the same in all states including production and dev/test/QA.

Another problem is compatibility with microservices. Since continuous integration has always been optimized for applications located in single code repositories, it has been unstable for microservices architecture. Fortunately, this problem has been solved through continuous integration/continuous delivery tools like Shippable and Drone, which are effectively optimized to facilitate the testing of multicontainer apps pulling from several code repositories.

Before containers came along, Salt, Chef, Puppet and others had pioneered the devops movement- and the tools ironically become more popular among ops than developers. Containers changed the game by introducing tools which are popular to both groups and as a result boost collaboration.

By solving the UX problem which has always been prominent among developers, containers have eliminated code packaging problems and improved ops workflow. While one group, for the past year or so, has preferred packaging their applications using containers on their laptops before production, the other has always loved the abstraction facilitated by PaaS. To bring these contrasting sides together and boost collaboration, a PaaS supporting Docker has been introduced, subsequently facilitating seamless workflow between both groups without worrying about the underlying platforms. This system has largely improved development consistency and agility of software development cycles.

For optimal development and subsequent performance, developers should comprehensively evaluate their application requirements and capabilities to determine the most effective container tools and solutions. Since the market has different container options, tools and services optimized for various developer and application needs, a developer should comprehend the full stack that delivers targeted capabilities.