Blockchain as a Service (BaaS) for Enterprise – Jump on the Bandwagon? 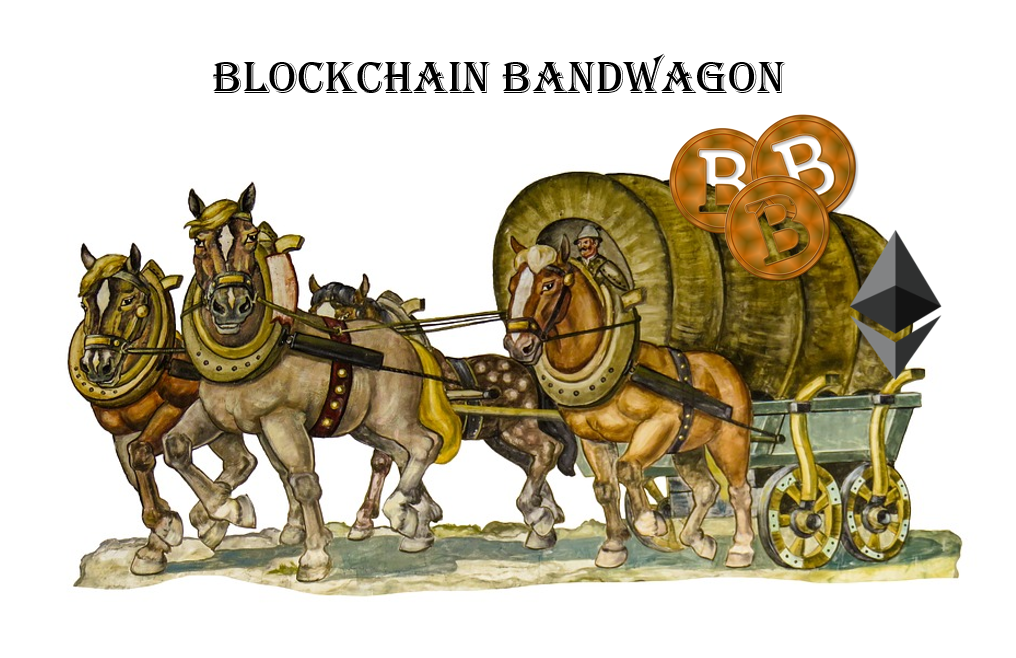 The democratization of high-speed Internet coupled with the development of distributed information exchanges gave rise to the development of blockchain technology. Blockchain is the underlying technology that powers the crypto-currency Bitcoin; however, its uses transcend that. Simply put, a blockchain is public, shared distributed ledger that stores the complete transaction history of different types of records. The validity, uniqueness, and integrity of the stored data is preserved, without the need for a trusted third party to verify it. As such, blockchain has peaked the interest of several enterprises, especially those in the finance and banking industries. Large tech players such as Microsoft and IBM have begun exploring the opportunities blockchain presents in the form of Blockchain as a Service (BaaS) solutions in order to incorporate blockchain technologies into their cloud offerings.

Its no secret that the industry of blockchain based companies is still relatively young. Its future is currently being shaped by experimentation and R&D partnerships between large corporations and start-ups. The main driver behind the rise of blockchain apps, especially in the enterprise, is directly linked to time and cost efficiencies, that are still far from optimal in most industries.

What is Blockchain as a Service ?

A Deloitte survey conducted towards the end of 2016 concluded that Blockchain technology would become a crucial business focus for most industries in 2017. The survey, which involved 308 senior executives who were knowledgeable about blockchain, found that most of them placed blockchain among their organizations’ highest priority. 36 percent were convinced blockchain has the potential to significantly enhance system operations, by either increasing speed or reducing costs. 37 percent recognized blockchain’s formidable security features as the main benefit. The remaining 24 percent were of the opinion that it has the potential to facilitate new revenue streams and business models. While there is a consensus amongst enterprise tech decision makers that blockchain has immense potential to reshape entire industries, the adoption plan is not as clear or direct.

Building enterprise solutions powered by blockchain is not a simple undertaking. The setup and subsequent operation of a blockchain environment involves major development and infrastructure challenges. Blockchain as a Service (BaaS) is an intriguing trend in the blockchain ecosystem that aims to ease adoption for enterprises. The idea behind it is that customers can leverage blockchain cloud solutions to create a network of their own applications and smart contracts while the cloud provider handles all the heavy lifting needed to keep the infrastructure operational.

BaaS provides blockchain capabilities as a first class Platform as a Service (PaaS) services. From a functional perspective, a BaaS model enables developers to create solutions that effortlessly combine the aptness of blockchain with typical infrastructure and platform services like storage, messaging, middle-ware, and other functional building blocks of complex software solutions. Additionally, BaaS facilitates a seamless model to manage and scale a blockchain topology without the deployment of any proprietary infrastructure.

Blockchain has gained a lot of momentum over the past few years, with good reason. As of Feb 2017, it was the second most-searched term on Gartners site, after a 400 percent increase in the 12 months prior. This shows an exponentially increasing interest in this rapidly developing market. The entire blockchain market is predicted to grow at an annual growth rate of 61.5 percent by 2021, with immutability and transparency as the driving factors behind the growth. Another thing aiding in the expansion of blockchain’s reach has been the proliferation of blockchain as a service (BaaS) solutions from major providers.

The major BaaS players include:

Microsoft first launched the Azure BaaS in November 2015. In 2016 it furthered its efforts with Project Bletchley blockchain middle-ware/ template, which was aimed at helping partners and customers build private consortium Ethereum networks. Microsoft is trying to aid business figure out the best way to build on top of BaaS with Enterprise Smart Contracts. The blockchain framework and middle-ware were created to help enterprises integrate and build distributed applications. Since Azure is a scalable, flexible and open platform, Microsoft claims to support a growing number of distributed ledger technologies that meet specific technical and business needs for performance, security and operational processes. They also claim the the Cortana intelligent service is capable of providing unique data analysis and management capabilities.

IBM’s BaaS service is based on the Linux Foundation’s Hyperledger Fabric. Hyperledger is an open source cross-industry effort to introduce blockchain to the enterprise; by utilizing it, IBM hopes that developers will be able to rapidly build and host secure blockchain networks through the IBM cloud. In order to solidify security, IBM blockchain is underpinned by IBM LinuxONE, a security based Linux server. The IBM blockchain platform claims to be the only fully integrated enterprise blockchain platform built to accelerate the governance, development and operation of multi-institution business networks. IBM plans to offer a framework for cooperate blockchain networks, that automatically scales as members are added to it. The company states that its blockchain platform will be capable of supporting large user ecosystems and transaction rates.

Shortly after joining the Linux Foundation’s Hyperledger project, Oracle added blockchain as a service to its cloud offering. The plan to launch the service was initially announced when it joined Hyperledger in August 2017. Its goal at the time was to provide an advanced and differentiated enterprise-grade distributed cloud ledger platform for consumers looking to create new blockchain based apps and/or grow their current IaaS, PaaS, SaaS and on-premise applications.

Conspicuously missing from the list of major BaaS providers is AWS. In 2016 AWS announced a collaboration with the New York City based Digital Currency Group (DCG), to provide a blockchain (as a service) experimentation environment for enterprises. So that the blockchain providers on the DCG portfolio can work with their clients, who include insurance companies and financial institutions, in a secure environment. However, this strategy is yet to end up with the development on a new BaaS platform within AWS. Scott Mullins, AWS head of worldwide financial services business development, says that their company is closely working with blockchain providers and financial institutions to prompt innovation while facilitating frictionless experimentation. Google has also been relatively quiet it matters concerning blockchain. However considering the direction other PaaS incumbents are going; we are likely to see BaaS capabilities incorporated into Google cloud in the future.