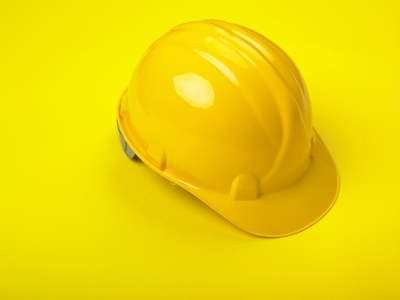 If the Cloud Security Alliance’s report on cloud security is anything to go by, data loss is one of the most critically damaging disasters in most organizations. The report, which the company used to comprehensively assess and document various cloud security threats, suggests that data loss is currently the second biggest reason behind business losses. By studying the past technological trends in businesses, it was further determined that data loss cases are progressively growing due to the increasing number of organizations leveraging techno solutions in their operations.

Data loss has not only threatened companies’ revenues, but also the survival of businesses in the increasingly competitive markets. According to the Boston Computing Network’s Data Loss Statistics, 6 out of every 10 companies which suffer large scale data loss usually go out of business within half a year after the disaster. While some businesses may avoid falling victims by detaching their main services from the data framework, the most effectual strategy is of course implementing a stable data loss prevention protocol system to protect your entire network.

Building such a system entails comprehensively assessing all the data threats to come up with relevant, efficacious solutions to detect and resist them. Additionally, you need to familiarize yourself with some of the common reasons of data loss in similar organizations to reinforce your security protocols against the recurrence of such potential threats. As you do so, here are some of the top best practices you may consider to implement in your organization to further prevent data loss:

Protect Your Drives from Physical Damage

Most organizations entirely focus the data loss prevention resources on software solutions to prevent data leakage and malware compromises. However, although software failure is the number reason behind data loss, hardware failure accounts for 40% of data losses in the United States- That means organizations have a lot to lose by ignoring physical threats.

Some of these threats include: individuals knocking down computers; moisture or dust accumulation around and within computers; power surges; extreme temperatures; and exposure to soot. To nullify them, computing environments should be completely clean, safe and secluded from the rest of the organizational activities. The server rooms for instance, should be positioned away from rooms which experience a lot of traffic. Additionally, dehumidifiers should be installed to regulate room humidity, along with air conditioning systems to regulate the temperature for optimal computer performance. To prevent power surges on the other hand, you should consider using surge protectors and uninterrupted power supply systems to guard against power outages.

Back up Your Data

Nothing is more valuable to a data center than back-up drives. They are necessary because it’s impossible to guarantee zero data loss. Even after implementing all the critical data loss prevention measures, it’s still advisable to back up important data in off-site drives which would not be affected in case of a complete system failure.

While most organizations prefer using the cloud for backups, others have dedicated servers which are only used as secondary data centers to back up vital information. For organizations whose operations are entirely supported by the cloud, it’s advisable to back-up critical information in separate physical drives. This strategy alone has largely helped 47% of enterprises which have experienced data loss, recover from cloud-related data disasters.

Through the report “Saas Data Loss: The Problem You Didn’t Know You Had”, The Aberdeen Group indicates that a third of the companies they surveyed had lost data from the cloud. 17% of these instances resulted from data overwritten by users, while 13% fell victim to malicious hackers, and 47% were caused by users who knowingly or unknowingly deleted info.

Although these instances are different, they share one common factor- data loss would have been prevented if access was more controlled and regulated. Organizations ought to monitor and regulate the info that is accessed by customers, suppliers and partners. The 47% statistic for instance, would have been considerably reduced if the affected companies had more control on who could access and edit various data sets.

System administrators should therefore employ database monitoring tools and keep a close eye on databases which contain critical information which would be detrimental to an organization if lost or leaked.

Encrypt Data during Transmission and Storage

Encryption is the ultimate strategy in making data useless to hackers. As long they do not have the encryption key, hackers, even after bypassing the security protocols to access your systems, cannot use the information. That’s why most of them do not waste their time trying to penetrate systems that protect encrypted data.

Data encryption is particularly effectual in protecting sensitive data which would adversely damage a company if leaked. Although there are many encryption schemes, two of the most widely used are Advanced Encryption Standard and SSL. They are both efficient in transmission encryption to prevent spoofing or eavesdropping, and storage encryption to prevent infiltration and data theft.

Business networks are rapidly changing thanks to the cloud. Employees and stake holders can now access their respective networks remotely through their mobile devices. Business networks have now ceased being single channeled internal systems by expanding to accommodate additional channels and gadgets.

As the networks change, so should the data security. Business should not only focus their data security on internal servers but also the personal devices connected to corporate networks. This involves monitoring data movement through the nodes to the end user and subsequently protecting it according to its sensitivity. This strategy significantly helps in curbing hackers since most breaches are executed through vulnerable paths like mobile devices connected to networks.

Although these are some of the most critical data loss prevention pointers, there are many other strategies to employ in protecting information within your company. To correctly determine the most suitable ones, you should comprehensively assess your data type, storage and security needs plus review the individual strategies to establish their efficacy. Finally, conduct occasional maintenance checks and system tests to identify vulnerabilities and eliminate them.