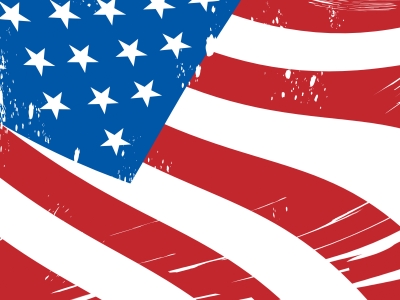 According to a report by the Rand Corporation, the cyber black market is progressively growing- hackers are now more collaborative than ever and consistently use sophisticated strategies to target and infiltrate data centers. In the past, they were driven by sheer notoriety and malice to attack data centers and ultimately prove their maneuver skills to their peers. Unfortunately, the trend gradually changed, and hackers are now driven by warfare agendas and the increasingly developing black market, where they sell valuable information to the highest bidders.

Of course their biggest preys are government data centers, which are particularly targeted by cyber armies with agendas against their respective target nations. In fact, governments now face more potentially damaging risks from cyber warfare than the regular type of engagement- In the former, a single individual with just a computer could successfully launch an attack against major government cloud databases, cripple them, and cause significant socio-economic damages. One of the most recent attacks was directed at Iran’s nuclear centrifuges, where the attackers used the simple “Stuxnet” virus to harm more than 20% of their installations. Under the cover of different agendas, an Iranian hacking group also recently went on a cyber-attacking spree dubbed “Operation Cleaver”, which ultimately damaged essential government infrastructure in more than 16 countries.

According to experts, this is only the beginning. Through a research conducted by the Pew Research center, 61% of them believed that a well-planned large-scale cyber-attack will be successfully orchestrated before 2025, and consequently severely harm the nation’s security. With such threats looming, it is essential for the government to implement the most efficient developing security technologies into their cloud. Some of the current top trends include:

Many of the successful attacks sail through because of poor access controls in the targeted data centers. Although not a government corporation, Sony’s recent problems, which even drove the government to intercept, were caused largely due to careless password and username usage. To prevent such attacks, the government organizations are now opting for advanced authentication processes to access their cloud resources. In addition to the standard two-factor authentication which grants access after verifying IP and username, the organizations are now implementing biometrics and secondary devices verification in their access control architecture.

To make data useless to hackers when they infiltrate data centers or spoof during transmission, government organizations have been encrypting their data. Unfortunately, this has proven ineffective to hackers who steal decryption keys or use sophisticated decryption algorithms to unfold and obtain data. To prevent future recurrences, government organizations are stepping up their data-at-rest and data-in-transit encryption systems.

Through the years, they have been using two factor encryption systems where cloud servers and endpoint user hold the encryption keys. This is gradually changing thanks to automated encryption control which get rid of the user factor in the equation. Instead of distributing encryption keys to the individual users, the systems use array-based encryption which fragments the data during storage and transmission. The meaningless fragments are transmitted individually and can only be fully defragmented into meaningful data if the server or endpoint device detects all the fragments. Therefore, hackers can only spoof on meaningless data fragments.

According the Gartner Security and Risk Management Summit of 2014, the year 2015 will see a proliferation of digital risk officers. In addition to tech officers, enterprises and government organizations will now hire digital risk officers to critically assess potential risks and strategize on cloud and data security.

This has been necessitated by continued expansion of the government digital footprint, whereby its organizations are now widely integrating their systems with employee BYOD to improve service delivery. As the network and infrastructure grows, so do the risks- which now require dedicated experts to prevent them from developing into successful attacks. With the trend only picking up in 2015, Gartner predicts it to exponentially grow over the next few years depending on the expanding networks of various organizations. In 2017, the adoption of DROs by government organizations is expected to be at 33%.

Since the cloud systems are composed of various elements which face different threats, government organizations are protecting their data through tiered multi-layered security frameworks. For a hacker to gain access to any of the systems, he has to first go through a sophisticated security model composed of several detection, resistance, defense and tracking layers.

In addition to the network firewalls, the government is using virus-detection and anti-spyware on its servers and storage systems to comprehensively protect server operating systems, endpoint devices, file systems and databases and applications.

“Without big data analytics, companies are blind and deaf, wandering out onto the web like deer on a freeway”- Geoffrey Moore, author of Crossing the Chasm, indicated as he emphasized the need of implementing big data analytics in all the relevant departments in an organization, especially the web.

Government organizations are directly adopting this principle by embedding critical big data security analytics in their security frameworks. This allows them to continuously monitor data movement, exchange and potential vulnerabilities which hackers and malware could capitalize on. Additionally, data that is generated is comprehensively analyzed to gather intelligence on internal and external threats, data exchange patterns, and deviations from normal data handling. Due to its efficacy in analyzing potential threats and blocking them, Gartner predicts that 40% of organizations (both government and non-government) will establish such systems in the next five years.

Although no strategy is regarded absolute and perfect, these current trends are expected to streamline the cloud sector and offer government organizations increased security compared to previous years. This, with time, is expected to significantly reduce the number of successful attacks orchestrated on governmental cloud resources.