How Manufacturing Companies Leverage the Cloud 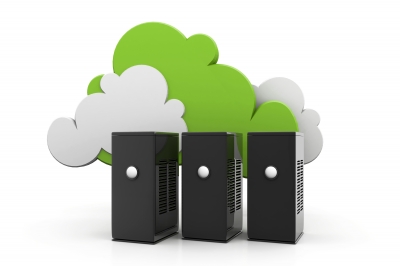 Cloud computing is increasingly infiltrating different types of businesses, with manufacturing now joining the league of information and communication industries as one of the primary industries currently leveraging it. Manufacturing companies are now tightening their belts as they battle their competitors through effectual cloud computing strategies.

In a survey conducted by Plex Systems and published in a report titled “The State of Manufacturing Technology”, 66% of the 130 interviewed manufacturers acknowledge the benefits of cloud computing in improving business insights. The same percentage of respondents claimed that they had indeed improved their overall plant productivity thanks to the cloud, while 90% were particularly excited about improved data security facilitated by managed services.  When the respondents were asked to further delve into their strategies, 81% reported that they were indeed heavy mobile cloud users, and they had experienced significant benefits including scalability and increased accessibility.

Cloud collaboration helps even the smallest manufacturing companies run like already established, large fortune 500 corporations. They use the cloud to power controlled and managed operations, where all customers are kept informed through feedback and info systems; employee tasks are scheduled efficaciously; and the management teams collectively streamline overall company workflows.

These systems reduce the amount of wasted man hours and improve overall efficiency across all departments in an organization. Although each department is assigned special tasks and requests, they all work collectively through the cloud to achieve common enterprise objectives and goals.

The cloud, a few years back, was vulnerable to attacks which resulted in cases of data breaches. Consequently, a significant number of corporates and business owners have been wary of it and have been storing sensitive data on on-premise storage disks. Years later, due to the combined effort by managed service providers, vendors and CIOs, cloud providers have managed to improve their data security, subsequently changing the status quo, and attracting even the most data-protective enterprise owners. Currently, about half of all cloud users transfer and share sensitive data through it, and 75% of enterprise owners, including manufacturers, have confidence in the cloud when it comes to securing their private, sensitive data.

Manufacturing companies are particularly very concerned about data security due to sensitivity of their data- patents, intra-organizational product secrets, etc. It would therefore be very detrimental to a company if such data was leaked to their competitors. To avoid such occurrences, most are shifting such data to secure self-hosted cloud platforms which are safer.

Gone are the days when manufacturing companies stored their data on various workstations, making data exchange a very complicated process. It was even more cumbersome for companies with different branches situated in different locations, where one had to travel just to generate critical data.

The cloud has not only eased the data exchange process, but also improved overall control. Data can now be stored in a single central server, which is accessed by employees according to their credentials and posts. This allows CIOs and executive members to keep track of the accounts accessing data and define the number of people they’d like to distribute data to. The more sensitive and complex the data is, the less the number of people that are allowed to access it.

Manufacturing companies are usually faced with a lot of challenges, some of them with a potential of developing into disasters. It’s therefore imperative for an entire organization to implement requisite measures to prevent disasters. They should also be combined with effectual recovery measures, just in case the preventive measures fail to provide sufficient resistance.

Data is arguably the most valuable asset in most manufacturing companies, and protecting it through the cloud has proven to be quite effective in shielding it from a wide range of disasters. Natural disasters for instance, can destroy entire manufacturing plants and equipment, including computers and data storage disks- but leave the cloud data intact. Although a company affected with such incidents would incur a significant amount of losses in terms of physical equipment, it would recover comfortably thanks to cloud data storage.

By storing data in secondary servers, the cloud has also proven to be exceptionally effective in recovering even from data disasters. A breach, which has the capability of stealing extremely sensitive data, may fail to drag it to its knees due to reliable cloud data disaster recovery measures. In such cases, secondary servers usually kick in to support the entire systems and facilitate recovery before primary servers are restored. The cloud has therefore proven to also be a good recovery option even to attacks directed to it.

These strategies are bearing fruits which are eliciting excitement within the manufacturing industry. Businesses which are yet to implement cloud solutions are now calling in experts to assess their overall organization set up, recommend cloud solutions and implement them. So far, the progress has been very encouraging and it’s expected that the cloud will be an even bigger feature in the future among small, medium and large manufacturing companies.