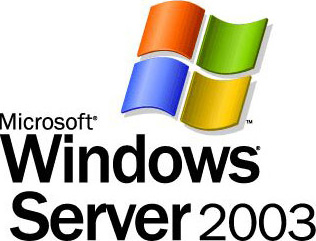 Microsoft has made the official announcement that it will be ending its support for the, now far outdated, Windows 2003 server. Though the decision seems logical from the company’s perspective, it has definitely left a lot of admins and enterprises baffled as to how to be prepared and how to proceed with such a sudden transformation. The article answers the numerous questions the existing WS2003 users might have and explores the various options available for them.

Q1. What exactly does End of Support imply?

End of support for WS2003 doesn’t exactly mean the operating system is outlawed by Microsoft. It simply means the company will no longer provide patches, bug fixes or other security updates for the server. So if you find your server throws errors with newly released applications, you are on your own making the server work properly again.

It was reported that close to 10 million servers were running on the Windows Server 2003 platform at the start of the year. But as expected, the numbers began to decline sharply with migrations to newer operating systems becoming more evident ever since the announcement of the end-of-service. But still, it is expected that at least 2 to 3 million servers will continue to run on the WS2003 platform even after the termination of service support.

Q3. Will the WS2003 meet the compliance standard beyond the EOL?

No, once the service support is terminated for the WS2003 platform, it implies the server is no longer secure and will fail to comply with the PCI compliance. So eventually customers and clients will cease to have operation with your server and block it since it no longer receives bug patches and updates.

Q4. Why many enterprises are yet to migrate from the Windows Server 2003 platform?

Since the news was released quite recently many organization either failed to get the memo or simply neglected it as a hoax. And that’s one of the major reasons why the migration has been quite slow. Also the cost involved and the downtimes associated with changing the entire Windows server boxes are also slowing down organizations from embracing the change. So in a nutshell, apart from the obvious reasons, there are no particular benefits in still hanging on to the WS2003 server.

Q5. Can updates be still obtained from Microsoft on-demand?

Yes, Microsoft will provide patches and updates for the particular server if requested, but for a hefty price tag. Service support for a single server will be charged at $600, and will multiply with each update you receive. But other third-party vendors may also choose to offer support for particular applications running of the WS2003 server, which will suffice for running the applications smoothly. But as more and more users migrate away from the platform, support will eventually dwindle.

Q6. How can security be improved by migration from WS2003?

The later version of the Windows Sever platforms, namely 2008 and 2012, had a number of features that allowed a more secure operation than their predecessor. For instance, the 2008 version had a complete firewall workup which included customizable port filters and rules sets and also a full integration with the Active Directory. Both the later version also had BitLocker encryption which was missing in the 2003 version. And better network access protection is possible with the newer server editions. Also the 2012 version introduced the UEFI secure boot, replacing the default BIOS boot that provides enhanced protection against loading unwanted firmware and operating systems at boot up.

Q7. How can businesses benefit from the migration from WS2003?

One clear advantage would be the increase in server load that the newly upgraded systems would be able to take up. The Windows Server 2003 runs on a 32-bit platform, which restricts the maximum virtual memory to only 4GB. But the later 2008 and 2012 editions run on the 64-bit platforms allowing server to have memory capacities of even up to 128GB, which is years ahead of the current technology. Also the WS2003 platform inherently has security issues such as lack of an internal firewall and memory encryption and so on. And now with the lack of service support, security issues will only cost more to the company than migrating to the safer updated versions.

Q8. How long can the WS2003 platform can be run after the EOL date?

Bugs and security hacks are quite common with any server platform. As of 2013, Microsoft was still fixing bugs at the rate of three per month. So there is no certainty, that the server will face no errors for any period of time after the service support has ended.

Q9. How long will a migration from WS2003 take and what factors influence it?

Migration to a new server can approximately take 200 days. But the time taken can be either shorter or longer depending on a number of factors. Mainly it depends on the app you might be running on your server. Depending on the availability and updates for the application, the migration time can largely vary. Apps that are still fresh on the market and receive continuous updates can significantly reduce the migration time, whereas apps that are outdated and have seen radical new changes for the newer platforms may take longer. Also the kernel calls made by the apps can also influence the migration time as well.

Q10. What are common problems that may occur during migration?

Kernel calls created by apps in the Windows Server 2003 platform can break when migrating to the 2008 or 2012 platforms. Also numerous compatibility issues may rise, if your apps have not yet been updated to run on 64-bit operating system. But the problem can be resolved with the WoW 64 execution layer. But 32-bit apps are more likely to run better on the 2008 platform than the 2012 platform. And 16-bit apps have no chance of running on the 64-bit machines and will become obsolete and unresponsive.