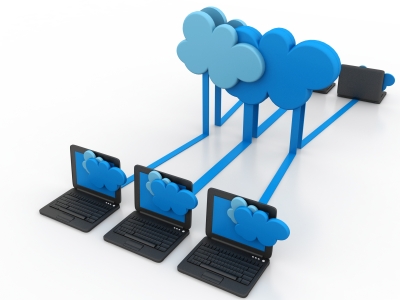 Largely fueled by the US Federal Cloud Computing Strategy, many governmental institutions and organizations have been gradually migrating to the cloud. The cloud has not only proven to be beneficial to businesses, but also governmental organizations as they seek to provide improved services to its citizens. This has seen the government invest immensely, which according to the IDC’s projected spending, is currently at $118.3 million on public cloud and $1.7 billion on private cloud.

By the year 2012, more than 27% of the state and local government organizations had already adopted the cloud. After the Federal Data Center Consolidation Initiative started gaining traction in 2011-2012, the number increased tremendously to more than 50% by 2014. Although it doesn’t strictly limit the organizations to the cloud, the initiative was enacted as a strategy to reduce government expenditure and improve the quality of services rendered to citizens through the consolidation of data centers. All the data warehouses were merged into single data centers, with some government agencies opting to move to the cloud and others relying on single consolidated in-house data centers. As a result, a lot of underutilized real estate was saved, expenditure reduced, and according to the MeriTalk report, “The FDCCI Big Squeeze”, government IT staff and resources were re-assigned to more critical tasks.

What is the right data storage For Government organizations? public vs. on-premise. Although both approaches have proven to be beneficial, it’s important to critically compare them. This post covers some of the considerations in selecting right data storage for government: Security, Scalability, Costs, Service Delivery.  Government institutions are unique and they will ultimately strategize more efficiently based on their respective data-storage plans.

In an era where cyber warfare is the most widely preferred method of engagement, government data centers face significant threats not just from domestic but also foreign hackers. One of the most recent major attacks was directed at the healthcare.gov database. The site, which was initially attacked in 2013, fell victim to hackers again in July 2014, who targeted a test server. Although no private data was lost, the attack shook Americans by exposing the federal system’s vulnerabilities.
To prevent a recurrence, the government has been taking data security very seriously by leveraging solutions which strictly adhere to security compliance. Most of the least sensitive data is transmitted through and stored within the cloud, which is managed by dedicated teams of third party security experts. The most sensitive data on the other hand, is best stored in in-house data centers, where access is strictly controlled by security agents, and regulated through anti-theft software solutions. A good example is the expansive NSA Data Center in Utah, which is tightly secured and can only be accessed by high ranking NSA officials.

The type of services a governmental organization deals in significantly dictates the most efficacious delivery and storage infrastructure. Services like healthcare and tax filing, which are largely citizen-centered, are best delivered through the cloud- using websites and applications which are available to all citizens. Through this strategy, the government has managed to reduce queues within its central stations and facilitate remote access of government resources, even to citizens in the diaspora. Additionally, moving apps to the cloud has helped cut the annual expenditure by 21% among the affected organizations.
Some government organizations on the other hand, deal with data and services which are agent-centered and are only open to government agents. They can therefore conveniently use in-house solutions and avoid deploying sensitive apps and data to the cloud. The NSA again, falls in this category since it uses dedicated servers (as opposed to the cloud) to store and exclusively distribute most of the data among its agents.

Setting up, deployment, operational and maintenance costs are regarded as the most critical factors for evaluating the suitability of solutions for all types of organizations- business and government. On average, organizations use about 5-20% of the total lifecycle capital (depending on the scope of the respective data centers) to set up the necessary infrastructure- facilities, networks, devices and servers.  50-80% of the operating costs are expenses which cater for maintenance, upgrades, real estate rates, etc. Hence on-premise implementations could have very different cost profile based on the complexity and scale. On the other hand,  the cost for cloud data storage is linear since the logistics are indirectly outsourced to managed service providers. In many cases, adding an on-premise solution could cost significantly less for a organization that has already successfully set up a stable and comprehensive in-house data center.

Both in-house and cloud solutions are scalable- but the former is a more complicated process compared to the latter. To upgrade or scale up in-house solutions, governmental organizations have to acquire all the requisite equipment to support their respective upgrades, plus labor to oversee and manage the entire process. Additionally, they are compelled to commit more real estate to expand their server rooms to accommodate larger data centers as the number of servers increase. Evidently, this process could be time consuming compared to the much simpler process of up-scaling public cloud storage. Public cloud servers are inherently elastic and can accommodate infinite scalability according to the growth of an organization.

With 70% of organizations (including governmental organizations) reportedly using or evaluating hybrid solutions, it’s regarded the most effectual and convenient solution. It allows organizations to leverage both in-house and cloud storage solutions to take advantage of both sets of benefits. To use it in your government organization, you should first evaluate all your resources according to the benefits of both in-house and cloud data storage options. Your findings should be subsequently used to move only the most critical services or applications to the cloud and retain the rest within your data center for complete control.