7 most talked about Hyper-V features in Windows Server 2016

Microsoft has put a lot of effort into reshaping Windows for the modern cloud environment. These changes have affected the Hyper-V hypervisor as well. Launched in 2008, Hyper-V underwent many significant improvements over the years with every new iteration of Windows Server, and now that the 2016 edition has launched, it’s time to take a look at the best additions that are in store for its users.

According to Jeffrey Snover, the architect of Windows Server, the aim was to transform Windows into a “cloud OS”. And no cloud innovation is complete without virtualization. However, virtualization is old news. It doesn’t really fit the bill when we’re discussing ‘new’ features. On the other hand, nested virtualization does fit as a new feature!

So what exactly is nested virtualization? Well, for starters, it enables you to run Hyper-V as a child virtual machine (VM). This allows it to function as a host server as well. In the end, you’ll end up with one Hyper-V server running atop another Hyper-V server. Training, testing, development – the application of two layers of virtualization occurring at the same time are endless. 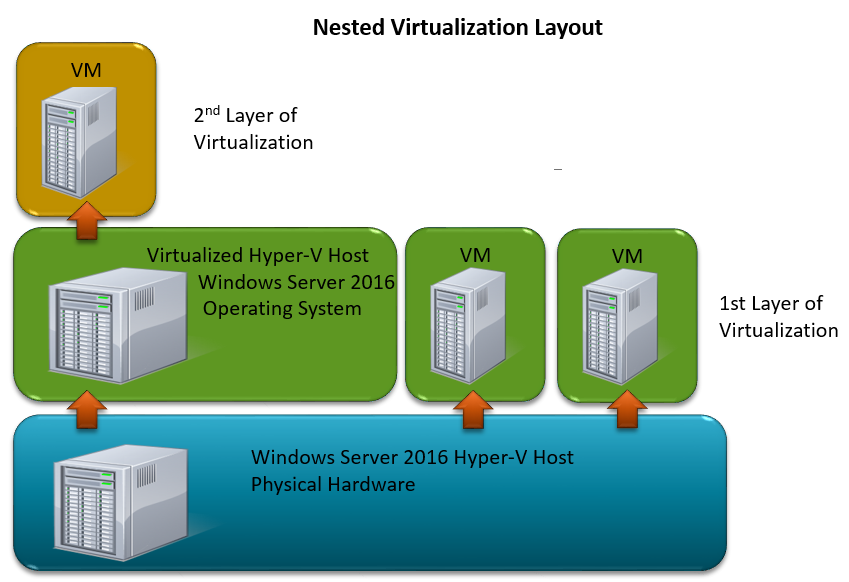 Nested virtualization will play a major role in test environments. Many organizations struggle to find a way for their workforce to train properly in the latest virtualization technologies. IT professionals can now nest Hyper-V to simulate whole virtualized environments, minus the huge cost of dedicated equipment.

Another essential area where nested virtualization is going to shine is containers. You can think of these containers as a sort of mini virtual machine that focuses only on applications. Rather than virtualize the entire OS, the container offers an isolated environment where the application can easily reside. They do not have to worry about the overhead of a VM.

Users have always wanted the choice of adding or removing adapters, and Microsoft seems to finally have listened. Windows Server 2016 Hyper-V no longer has you restarting or switching off Gen 2 VMs to add or remove the adapter. You also get a chance to adjust the memory even when the dynamic memory hasn’t been correctly enabled. This feature is applicable for both Gen 1 as well as Gen 2 VMs. 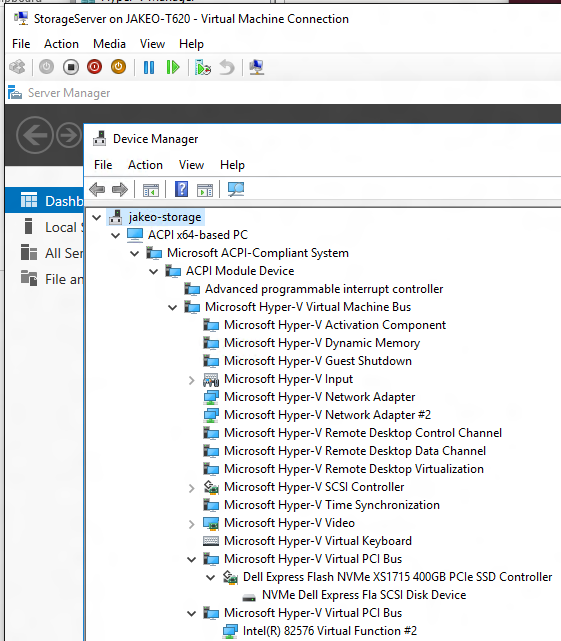 This new feature available in Hyper-V is great for users who want some of their PC’s Peripheral Component Interconnect (PCI) Express devices to pass directly through to the virtual machine. Since the VM is able to get direct access to the PCI device, performance gets enhanced considerably. The virtualization stack is also bypassed. 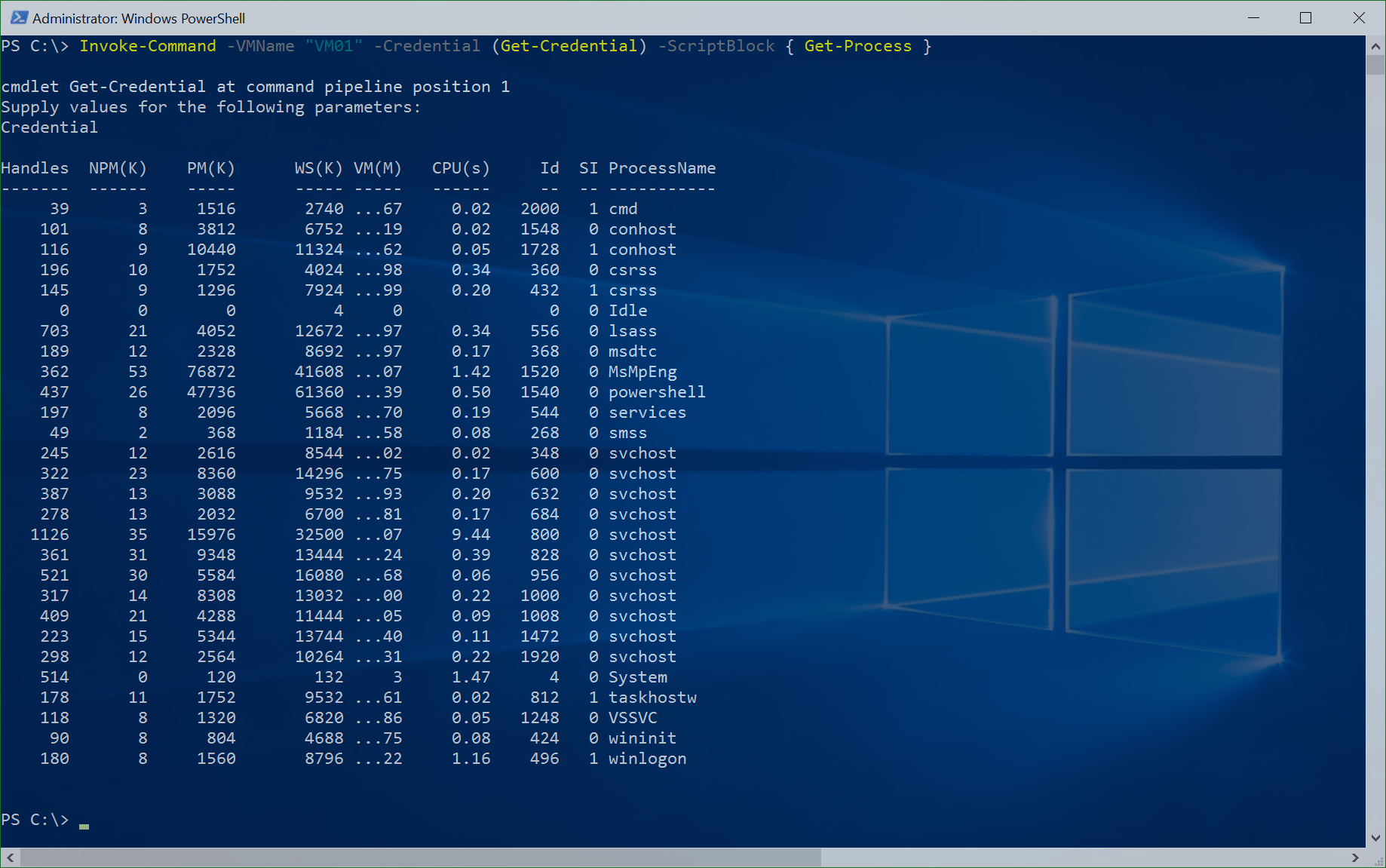 This feature is indispensable for any user who wants to manage a virtual machine running Windows Server 2016 remotely. You need to issue PowerShell commands using the VMBus, but you no longer have to worry about the remote-management settings or the network configuration of the VM or host.

Remote PowerShell is an amazing scripting and automation tool, but it’s often difficult to set up and maintain. Some users feel that the firewall configurations, the domain security policies, and the lack of shared network settings hurt the performance of the Hyper-V and prevent it from communicating with the VMs running on it. PowerShell Direct is the ideal solution for these kinds of problems. It ensures the same automation and scripting experience as remote PowerShell but with the added benefit of a zero configuration experience that is achievable only with VMConnect.

This feature was earlier called snapshot, and involves checkpoints in Hyper-V taking a snapshot of the virtual machine’s current state. This is extremely useful when it comes to test or developer restorations. However, earlier snapshots didn’t factor the Volume Shadow Copy Service (VSS) into the equation, and thus fell short of being a great backup utility during production. However, the new checkpoints include VSS, which means they can be run in production. VSS in Windows Server 2016 Hyper-V is useful for creating a data-consistent version of the virtual machine to use in case of backup. There is no longer any need to take a snapshot of the existing VM memory state. Though the production checkpoints are chosen by default, it is possible to change them easily using either PowerShell or Hyper-V manager. 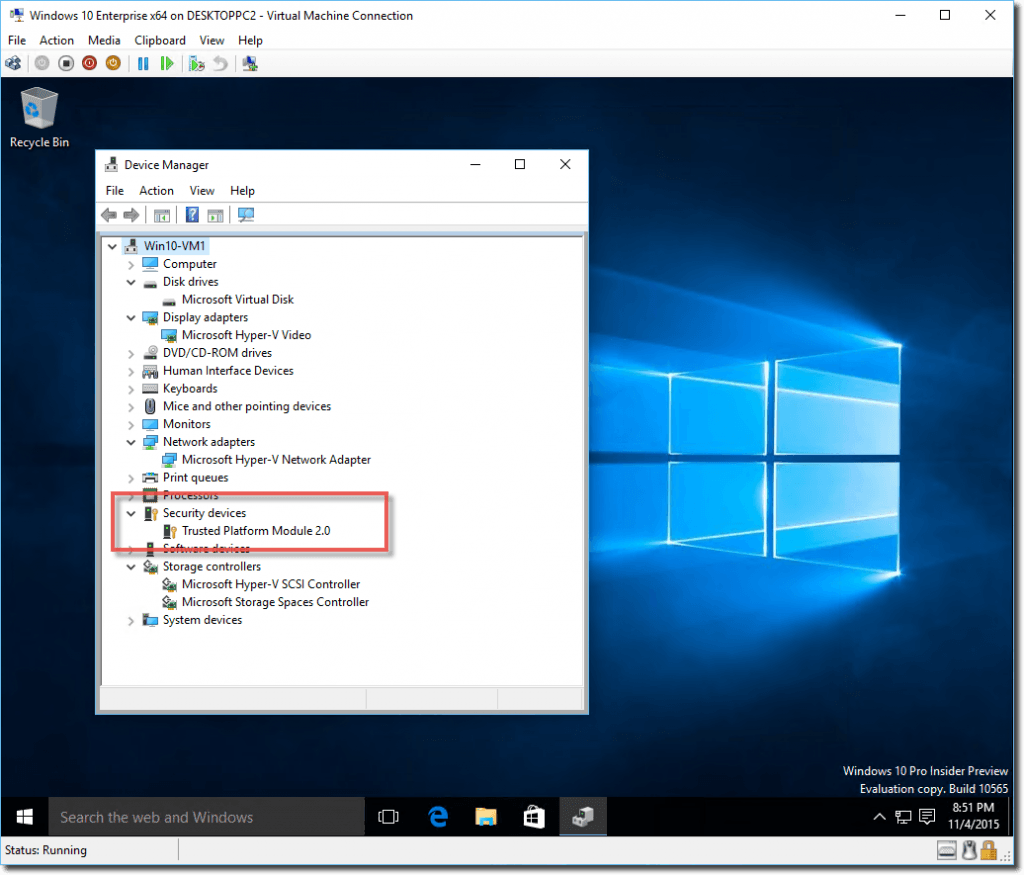 The virtual Trusted Platform Module (TPM) enables you to encrypt your virtual machine using the BitLocker technology from Microsoft Corp. Think of it as encrypting the physical drive of your personal computer using physical TPM – the basic principle behind the two is the same! On the other hand, shielded virtual machines run in fabrics and remain encrypted through BitLocker. In this case, a virtual TPM is necessary. The VM shares the ability of the TPM to stop any malicious access to your machine.

Virtual machines are often quite unreliable and don’t play well with others. However, this feature prevents the VM from using anything other than the resources that have been allotted to it. VMs are monitored for additional activity and if any VM is detected, it is going to be penalized by being assigned fewer resources, so as not to affect the performance of the other VMs.

This is a good thing as infected virtual machines often run at 100 percent CPU load without warning, and cause problems in the neighboring virtual machines or even the Hyper-V host. You will have to keep in mind that this feature needs to be applied to the host rather than on the individual VMs. Moreover, the default setting disables it. You can enable host resource protection on the host with the help of the Windows PowerShell Set-VMProcessor command.

These are the seven most crucial new features that you’ll find in Hyper-V for Windows Server 2016. They improve your performance and make the whole system efficient.