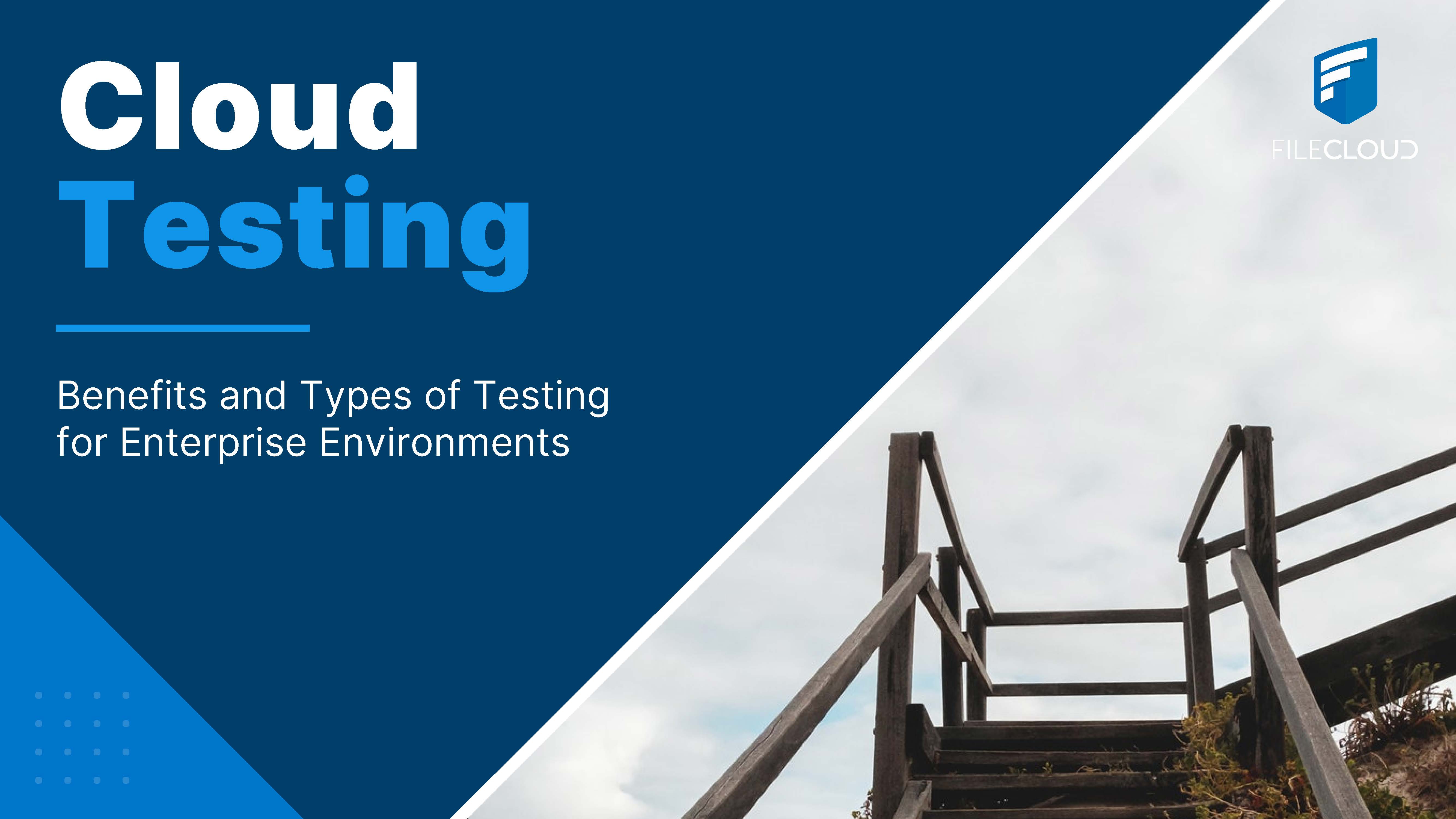 Until the appearance of cloud services, the industry norm to test software was to buy a server – either a physical one that stood in a server room or a virtual one with a fixed monthly fee. Purchasing additional infrastructure just for testing purposes often exceeded the IT budgets of many companies. Cloud testing services have changed the software development landscape; testing applications and software across a variety of platforms, browsers, and devices, as well as under different load conditions, is now fast and affordable.

The Benefits of Cloud Testing

Testing in the cloud is the transfer of test stands to the virtual world. Simply put, this kind of testing creates virtual environments in cloud computing architecture, essentially a farm of virtual machines.

This approach allows companies to build and test any platform. Moreover, the services provided by the cloud include elements such as database and operating system licenses. By planning the time needed for testing, estimated costs can be determined to carry out specific tests, making it easier to build testing into an IT budget.

Another advantage of cloud testing is the brief time needed to deliver a specific platform. Cloud services are instantly available because of the hyper scalability of cloud operators. Additionally, companies do not have to rely on a reserve of computing power, disks, public IP addresses, etc.

Testing in the Cloud

Companies simulate real web users by taking advantage of cloud testing services provided by service providers such as Advaltis, Compuware, HP, and Keynote Systems. After developing user scenarios and designing tests, service providers use cloud servers to generate internet traffic from around the world. To test an application, a dedicated request dispatcher that will follow a scenario is a necessity. Sometimes, a dispatcher tool needs to be created in-house.

Here are seven steps to take when testing in the cloud: 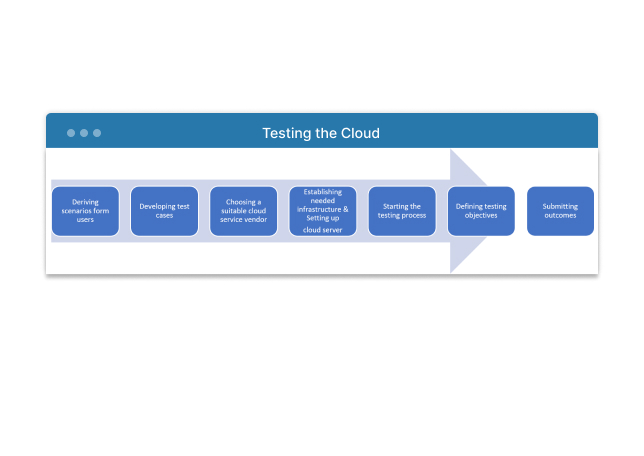 Many types of tests can be performed, depending on the contract between the user and the provider. There are six types of tests, which can be defined as follows: 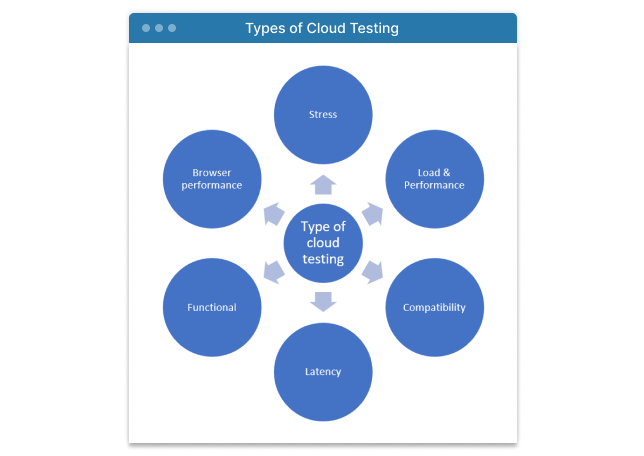 Refers to functions or features (described in documents or implied by testers) and their interaction with other systems. One type of functional testing, security testing, checks features (e.g., firewalls) that can detect threats, such as viruses and malware. Another type of functional testing, interoperability testing, evaluates the ability of the software to work with one or more designated modules or systems.

Such testing verifies application support for different browsers and its performance in each. Many tools allow you to automatically test websites from the cloud.

Testing the application load consists of creating the expected or real-life user traffic and measuring the application’s response. This testing also reveals opportunities to fine-tune application performance to meet certain standards, with many tools available through the cloud service provider.

Determining thresholds, bottlenecks, and limitations is part of performance testing. For this purpose, it is necessary to test the application’s performance, including stability, response time, and availability, under a specific load. Using cloud testing makes it easy to create such an environment and change the nature of the traffic on demand. This effectively reduces costs and time by simulating thousands of geographically targeted users.

The stress test is used to determine the ability of an application to maintain a certain level of performance beyond a critical point. It is imperative that any application remains stable even under excessive load. Stress tests do this by simulating peak loads. However, the cost of creating these scenarios is enormous in a local test environment, whereas cloud-based testing offers an inexpensive and scalable alternative.

Cloud testing is simply the creation of virtual environments to test applications in cloud computing architecture. Compared to setting up a traditional, local server, cloud testing offers many advantages. This strategy saves time and money, as cloud testing services are available immediately, with a library of tools and resources,  which reduces the software’s time-to-market.

In brief, after developing user scenarios and designing the tests, service providers use cloud servers to generate internet traffic from all over the world. Once the test is complete, cloud service providers deliver results and analysis back to corporate IT professionals via real-time dashboards for a complete analysis of how their applications will perform at peak levels.

With a cloud-based platform, tests can be performed remotely and securely across multiple combinations of browsers, platforms, and devices to ensure an application is functional and responsive. Furthermore, cloud testing can be done with a fraction of the time and money required for traditional testing services.