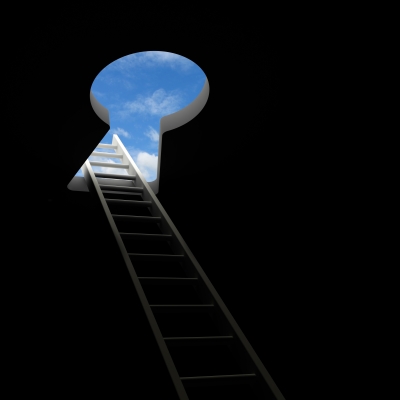 The cloud adoption is not an “one-time” deployment; rather, it is an adventure that lasts over years and involves many steps with increasing level of investment in cloud and careful planning to create value from those investments. In general, most companies go through broad five major stages: Ad hoc, opportunistic, reproducible, managed and optimized. At Adhoc stage, organizations begin the exploration process to increase their awareness of cloud technology options, key considerations and benefits. At the other end of the maturity spectrum of the cloud, organizations “optimize” their investments and best practices of cloud to lead new business innovations across the enterprise. We highlight the rules of best practices drawn from various customer case studies and organizations that have embarked themselves in the cloud adventure.

Firstly, companies with existing complex business processes and infrastructure deploy a private cloud before going fully on a public or hybrid cloud. Overall, private cloud becomes an evolution of their virtualization initiatives. Importantly, for reasons of safety and comfort, companies prefer to keep the workloads and data in their own data processing center and under their control. The public cloud is used for a small portion of the workload and is generally managed as a small separate silo. The public cloud extended to parts of company in stages after establishing private cloud. The goal is ultimately to unify the public and private cloud in a seamless and federated manner.

Virtualize infrastructure before deploying the cloud.

From the perspective of the technology infrastructure, deployment models of cloud computing started with virtualization, the task of making abstraction of physical computing resources, storage and network in order to manage them “logically”. Organizations actually virtualize their infrastructure by step, evolving from basic stage of consolidation to Advanced virtualization management through a level of integration storage and networks. The final step of virtualization is the base provision of a private IaaS cloud. Once an organization completes the Virtualization basic infrastructure, it can then progress to provide PaaS characteristics of higher level, that is to say layers of based technology over the hypervisor, such as capacity of Database Management System (DBMS) or development environments and testing. A company with a good cloud strategy would have virtualized their environments for over five years and execute hypervisors on over 80% of their installed servers. Similarly, cloud deployers have not only virtualized server nodes but also network and storage resources, allowing the pooling and subsequent flexible deployment of these resources. They standardized standard technology components such as hypervisors to enable portability and compatibility of workloads with another cloud system software.

Although hypervisors can be the basis of the cloud, the emergent layer cloud system software, often referred as “cloud OS” is the true basis platform of cloud and the software layer of the most critical infrastructure . The cloud system software will ignore across large groupings of computing, storage and networking; will provide an automation or orchestration platform to handle resources in an algorithmic and autonomous manner; and will present application program interfaces (APIs) of cloud to the users. The choice of the cloud system software determines the characteristics, features and architecture of private cloud as well as public cloud with whom it will interoperate.

While limiting IT infrastructure to a single configuration architecture greatly simplifies clouds deployments, the needs of multiple service levels and types of workloads require some variety of configurations. Most large clouds deployments have distilled their server configurations to a handful of different types. Many organizations opt for converged infrastructures that consist of pre-integrated modular units of computation, storage and networking that enable the computer to add physical resource blocks in a modular and reproducible manner.

Automate everything and constantly think about the scale.

Although some clouds may be small, planners working on clouds initiatives extended to the company must provide the possibility that the Cloud computing will be diffused across the enterprise. The best managed cloud implementations are designed at the beginning in with the scale, growth in mind. Modularity is also a major factor in every architecture and purchase of software / hardware. Automation is a key factor to achieve a certain scale. The cloud methodology seeks to eliminate traditional human processes that are slow and not modular. The new cloud management style involves programming algorithms and automation system.

Organizations have to live through a rapidly changing technology landscape. To limit risk of vendor and technology lock-ins, they often turn to multiple public suppliers in order to reduce the risks to which they are exposed. In addition, organizations can manage multiple private environments such as their virtualized servers and multiple cloud environments that can have different characteristics, service levels, etc.

Fasten a true “cloud bursting” as a long term goal.

“cloud bursting”, where applications running in private cloud can bursts into public cloud when the demand for computing capacity spikes, is one is a characteristic of cloud computing, but most of the early cloud adopters find hard to implement. Although organizations have the opportunity to easily and quickly proceed to the acceleration of new resources in a public cloud, many problems prevent a given application to cover private / public clouds. Need a good architecture and design from ground up to deploy cloud bursting. With the promise of a homogeneous hybrid cloud and applications that can “burst” in the public cloud, companies can drive more efficiency with their purchase capacity. Customers can reduce capital expenses by being more conservative with their ability on site, knowing they can rely on a public cloud for their surplus.

GLOSSARY
Cloud computing is a computing model in which resources IT is delivered in several key ways:
– On demand when the resources are needed with the ability to be modulated elastically
– Provisioning and configuration through a self-service portal.
– Resources are pooled and shared with all users to obtain greater efficiency, often using virtualization technology to achieve it;
– Widely Accessed through standardized network mechanisms from a wide range of devices
– Accessible through cloud APIs that allow users and software to interact with the cloud.

The public cloud is an external cloud to an organization that is managed by a service provider. Public clouds are shared, that is to say that multiple customers share the cloud infrastructure, separation and logical isolation being in position.
The Private cloud is a cloud that is dedicated to a single organization. Generally, the cloud must appoint a private cloud that is located in the center of data processing within the company and managed by the company.
The hybrid cloud is the result of connecting multiple clouds, usually a private cloud on-site and one or more external public clouds.

An Infrastructure as a Service (IaaS) is a type of cloud that provides an infrastructure of computing, storage and network as a service.
A Platform as a Service (PaaS) is a type of cloud that provides platform services for applications such as the programming environments of languages execution, a database and Internet servers. Users focus on the development of their application code rather than managing the underlying infrastructure. PaaS is usually a software layer built on top of an IaaS cloud.
The cloud bursting is an application modulation concept wherein an application runs in a data processing center on-site and “fact burst “in a public cloud when additional capacity is necessary.