Why Government Institutions are Increasingly Switching To Private and Hybrid Cloud 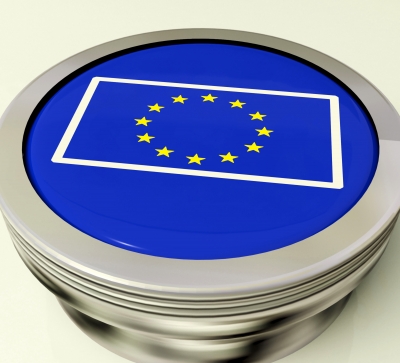 The year 2010 proved to be revolutionary to government CIOs since it oversaw the passing of the US Cloud First Policy, which significantly affected federal agencies’ IT frameworks. It was principally aimed at increasing flexibility and reducing IT costs by leveraging government-optimized cloud solutions. Since then, government CIOs have been comprehensively reevaluating their IT infrastructures and budget to include the cloud and subsequently improve agency operations and service delivery.

Due to limited capabilities and increased risk within the public cloud, most government institutions have since integrated the private cloud within their computing architectures to form stable and efficient hybrid cloud systems. A survey conducted by Meritalk on more than 150 government IT professionals found that although private cloud is the most preferable option, agencies still leverage the public cloud particularly for public-focused operations- consequently, over 30% of them have merged the two into hybrid cloud to concomitantly optimize agency and public-focused operations.

With about 56% of federal institutions currently drawing up plans to move to the cloud, the hybrid still remains the favorite due to the following reasons:

Annual reports prepared and produced by the Identity Theft and Research Centre suggest that cloud data centers are consistently targeted and intermittently attacked by malware and hackers, making them the most threatened data centers. With the recent data breach trends further substantiating this point, federal CIOs have grown exceedingly afraid of the public cloud. Through another Meritalk survey, 75% of them reported that they were hesitant of moving to the cloud to due data security concerns. Additionally, 30% of them were restricted from migrating their data centers to the cloud by the US data security compliance requirements on sensitive governmental data.

The most efficacious solution to overcome these issues is the hybrid cloud- While some applications run on public cloud environments, the most sensitive ones are restricted within secure private cloud data centers. Compared to the former, the latter solution is definitely more secure because of controlled access and user-defined data protection strategies. The hybrid cloud therefore allows government institutions to reap the benefits of the public cloud while enjoying data security privileges of the private cloud.

Cost efficiency is arguably the biggest trending word in most government organizations today. The government is permanently under pressure from US citizens to reduce operational costs and account for every dollar spent within federal agencies. In reaction to this, the government enacted the Federal Data Center Consolidation Initiative to reduce IT expenditure by merging data centers through sustainable and effective cloud solutions- ultimately cutting costs on manpower, hardware, software and underutilized real estate.

Of course for most government institutions, migrating entirely to the public cloud would be detrimental to their operations. Therefore, to reduce costs and maintain optimal agency processes, they have connected dedicated or private cloud resources to public components- Ultimately reducing IT costs by 17%.

Government institutions are not static- they keep changing to adopt to demanding and dynamic societal needs. Some agencies develop exponentially until they are split into several factions with defined responsibilities. Others shrink and gradually become redundant until they are dissolved. To adopt to such fluid environments, standard in-house IT resources would definitely require drastic infrastructural changes.

With the hybrid cloud, agencies can effortlessly adjust their public cloud resources to accommodate changes while they maintain sensitive information within their private infrastructures. In case of agency splitting for instance, cloud resources are divided accordingly between the resultant factions while private in-house information is shared.

The principal objective in federal agencies has always been public service. While some do this indirectly, most of them serve the public directly through citizen interaction. Service delivery for such institutions has been a major problem due to a large disparity between the number of agents and citizens. Over the previous years, many technological inventions have been implemented to overcome this problem by improving speed and efficiency, ultimately boosting service delivery.

Of all the IT solutions implemented, nothing has proven to be as phenomenal as the private plus public hybrid cloud. While services are being contemporaneously delivered to different citizens through public cloud, sensitive agency information and processes are supported by private cloud. This has virtually reduced agent to citizen ratio and consequently boosted service delivery.

For optimal service delivery, government institutions always have to effectively utilize close to 100% of their IT resources. A simple bug or hardware failure could cause a major setback, subsequently backlogging most of an agency’s operations. A complete system failure is even more detrimental since it could potentially cripple service delivery and trigger immense socio-economic losses. Case in point are the healthcare.gov breaches which occurred in 2013 and 2014, partly crippling the US federal healthcare data systems and consequently deterring efficient service delivery.

For many years, such system failures were hardly manageable since fallback plans mainly consisted of analogue systems of paperwork. With the hybrid cloud however, optimal asset utilization allows federal institutions to switch between different cloud resources according to their availability, efficacy and suitability in handling different processes. If an in-house software fails for instance, one can simply temporarily shift to public cloud resources to proceed with the processes as maintenance and repair is done on the affected resources. Hybrid cloud systems are therefore widely considered in the implementation of strategic data loss disaster management frameworks.

Due to these significant benefits, the governmental cloud curve is considered to be steepest on the private and hybrid cloud as more institutions rush to adopt it over the next few years. Although many are considering trying out the public cloud first before linking it to their private servers, the growth of hybrid cloud among government and large corporations will see it hit 50% by 2017.

Take a tour of FileCloud