Why Hybrid is The Hottest Cloud Trend 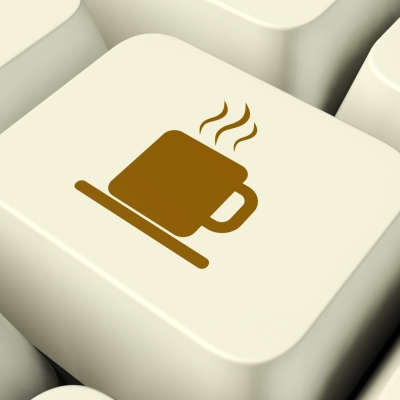 If recent developments and trends in the cloud world are anything to go by, the hybrid is largely predicted to be the “ultimate trend” in 2015. It’s gradually surpassing both the public and private clouds- and experts project that it will account for more than 40% of the overall $118 billion cloud market by the end of 2015.

Currently, 74% or organizations (including enterprises and federal agencies) recognize its benefits, and are consequently strategizing on moving to the hybrid. This is expected to steer the hybrid cloud into a 50% growth rate in 2015, which is significantly higher than public cloud (25%) growth rates. These statistics were drawn up after a survey by Technology Business Research, which further attributed the improved growth rate to increasing investments in cloud infrastructure and hybrid cloud benefits.

So, what is making the hybrid cloud so popular?

As CIOs adopt the cloud, private cloud is experiencing accelerated growth, subsequently boosting the hybrid cloud. According to a survey conducted by Microsoft, 41% of CIOs in enterprises and government organizations are strategizing on shifting some of their resources to the private cloud by 2015 and 2016. Most of them are already on the public cloud and since they cannot entirely move all their resources, they’ll form stable hybrid framework composed of the two- private and public.

Through a hybrid cloud framework, the private cloud grants them

Most cloud users begin at the public level because it’s cheap. In fact, it’s widely preferred by small and medium businesses because of the low subscription fees and zero maintenance costs. Unfortunately, due to its limited benefits, particularly in security and compliance, most enterprises are forced to increase their cloud spending and go private. And that’s where a hybrid cloud comes in.

A complete system failure or breach in an organization which depends on a single cloud channel could possibly cripple all the operations and result in business collapse. 60% of enterprises which undergo such disasters usually fall out within the subsequent 6 months. Fortunately, businesses are reducing these statistics by implementing reliable cloud strategies of not only protecting themselves, but also efficiently responding and managing such disasters.

Through the hybrid cloud, enterprises are replicating resources between internal and external servers- making each server a real time back-up of the other. Therefore, enterprises can smoothly migrate their operations to any of the servers in case one fails or is breached- thus maintaining normal organization operations.

Although single channel cloud systems are considered to be scalable, they are not as flexible and convenient as the hybrid cloud. Imagine a company temporarily temporary product which requires heightened system performance and new resources. Of course it would be forced to upgrade its cloud system and incorporate new resources to support the entire process. This requires additional investments, particularly for private cloud users, who may have to optimize even their hardware to the requisite performance levels.

With a hybrid cloud framework, you can conveniently scale up some of the resources on the public cloud while maintaining the critical data on the private cloud. This flexibility allows enterprises to undertake different projects and subsequently optimize their operations by efficiently switching between scalable cloud resources. Sensitive data is restricted to the private cloud while less sensitive processes are carried out through the public cloud apps.

With these drivers, enterprises are exceedingly leveraging hybrid cloud to boost their processes and ultimately foster growth. As long as IT architects continue implementing functional private-public frameworks, businesses will keep adopting the hybrid cloud to take advantage of the public cloud while keeping a bulk of their processes within the private cloud.

Take a tour of FileCloud