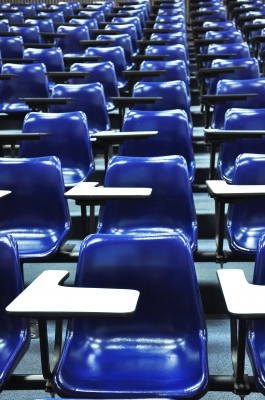 “The cloud”- Undoubtedly one of the predominant buzz words in recent years as far as technology and computing is concerned. The recent techno-revolution was triggered by the cloud’s tremendous benefits, top of which include cost efficiency, pooled resources, remote access and scalability. With recent statistical reports indicating that 60% of organizations have already adopted this technology, it may seem like the exponential growth phase is over. Subsequent statistical reports however, have indicated that the growth will possibly double or triple in the next few years as more organizations realize its benefits.

One of the prime areas where the cloud is principally leveraged is education, with schools, colleges and universities using different cloud resources to share files and distribute educational materials. Some of the predominantly used educational cloud resources include Amazon Web Services for Education, Google Apps for Education and Microsoft Live for Education. The three are public cloud services, providing storage solutions and educational apps through the web. They are fairly efficient for beginners, but not as effectual for advanced cloud users who yearn for better services and increased convenience.
That’s where self-hosted file sharing comes in. It’s aimed at lessening, if not eliminating, the shortcomings of public cloud by dedicating the resources to single users. Instead of data being hosted in third party clouds, it’s stored and shared from centralized servers servicing individual educational institutions.
According to Yankee Group, 67% of organizations, including educational institutions prefer self-hosted solutions compared to the public cloud. While many of them have already adopted it, a significant number of them are still planning to implement their self-hosted infrastructure. Here are reasons why they should speedily advance to the actual implementation stage:

Lately, there have been a lot of concerns regarding public cloud security because of the multiple threats the service providers face. According to a report published by the Government Information Group, many organizations have been shying away from the public cloud because of this.

Although the public service providers are consistently re-assuring users of improved data security, they are incapable of providing comprehensive data security. Instead of risking loosing critical educational data by entrusting it to a third party service provider, you should secure it in your own self-hosted server with impenetrable security systems comprising of efficacious anti-virus software and firewall. Self-hosted solutions also facilitate distribution of educational materials encrypted according to the user’s unique encryption system to prevent spoofing.

The educational framework is never rigid. It keeps evolving according to the changing educational needs, industry trends and information dissemination. Consequently, many educational centers are gradually expanding by setting up new schools in different locations.

Of course a stable file sharing infrastructure should comfortably accommodate such expansions. However, most public clouds come with limited resources which can only be altered at the discretion of service providers. Self-hosted storage solutions on the other hand, can be altered and scaled to accommodate the fluidity of educational centers, without affecting overall performance.

Since education institutions largely rely on information dissemination, it’s imperative that the management controls the entire data flow. This privilege only comes with self-hosted systems, which grant administrators complete control of their entire systems. Although some public cloud services come with user accounts where you can determine who to share your data with, the overall system control is done by service providers. Therefore, contrary to self-hosted systems, you cannot freely alter the data or hardware as you deem fit for your institution.

Computing performance is increasingly critical to organizations- and that’s why 93% of them are currently drawing up plans to boost their cloud resources and subsequently increase performance. Of course part of the strategy in implementing this is tuning up the entire cloud infrastructure according to the organizational targeted process optimization. With a self-hosted file sharing system, educational institutions can freely optimize their hardware and software for increased performance, and subsequently boost the efficiency of the individual schools.

For a school to operate smoothly, its computer processes and the entire network should be supported by a fault-tolerant backbone. That means avoiding public file sharing systems, since they do not guarantee constant access and availability. When such systems collapse, the reliant processes are usually compromised, and that includes educational institutions which subscribe to their services. Self-hosted file sharing systems on the other hand, allow you to implement critical supportive frameworks and conduct maintenance checks to prevent system failures by keeping them constantly operational.

Although setting up a self-hosted infrastructure appear more costly compared to subscribing to public file sharing systems, it’s ultimately cost efficient. Self hosted can be run on existing servers without any additional investment in servers. Here is a great head to head comparison of various self-hosted cloud and public cloud solutions. By improving service delivery and optimizing data flow processes, it facilitates institutional expansion and consequently increases revenue. Additionally, by improving and automating processes, it significantly helps institutions save up on labor costs.

Educational institutions rely on a wide range of technologies which facilitate different processes. A self-hosted file sharing system can be designed and built to integrate and accommodate all these technologies in one central server, consequently improving and simplifying operations.

The technical support for public file systems is usually thin and stretched out among many users- a simple issue could take a while before it’s resolved. Self-hosted file sharing systems on the other hand, are managed by a dedicated team of administrators who speedily deliver personalized technical support. Each technical issue is resolved quickly before escalating to further complications which could potentially cripple the entire system.

To track progress and overall performance, each educational institution needs to implement critical metrics within its system. For instance, to assess the preparedness of students for exams, you could track the type of books shared, average pages read and number of research materials downloaded. While public file sharing systems come with limited capabilities, self-hosted systems have the flexibility to accommodate such critical metrics.

Many educational institutions have been on the forefront advocating for adoption of green solutions to curb greenhouse gas emissions. With self-hosted technology, schools can now enforce their cause by consolidating all their data into central servers and consequently reduce the carbon emissions by 30%.

It’s therefore safe to conclude that educational institutions not only need to embrace the cloud- but also focus keenly on self-hosted file sharing systems. It’s undoubtedly a critical solution in improving the quality of education not only in the US, but also the rest of the world.
Self-hosted cloud solution such as FileCloud provide all the benefits of cloud while keeping the data within institutions’ control. Large universities to school districts use FileCloud to power their private cloud. Here is a case study