Top Tools for DevOps in the Cloud 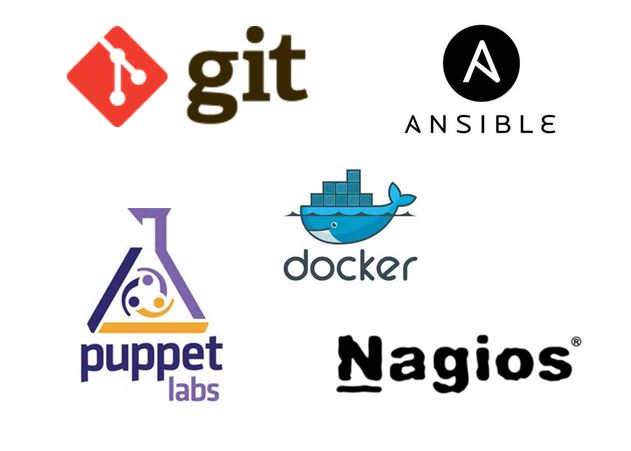 Bridging the gap between development and operations can only be successfully accomplished using the right DevOps toolkit. With the help of the Cloud, IT professionals are now using cloud DevOps tools to build efficient application in the cloud on demand. These tools make it easier to share tasks and information and to automate multiple processes; significantly reducing deployment time and eventually helping enterprises get closer to the continuous deployment and integration ideals that DevOps has evolved around.

The most predominant tools in the Cloud DevOps toolkit are configuration management platforms that utilize the idea of abstracting infrastructure components into code in order to orchestrate and automate continuous delivery of both old and new environments. A DevOps team relies on configuration management to maintain a single source of consistent, documented system configuration. Enterprise infrastructure is becoming code; this means that instances can easily be spun up or down with a few clicks, the security this provides is crucial for complex deployments. Aside from CM tools, the DevOps approach requires many more tools, typically open source, to combine application development and deployment into a more streamlined practice. These tools are used to standardize builds, improve collaboration between developers and infrastructure pros, and monitor systems.

According to software architects working with DevOps for the cloud, the use of DevOps makes them more aware of the impact of their software structure – or how applications are broken down into individual components on deployment; resulting in more efficient application design. Cloud DevOps tool not only helps reduce the complexity of near-term deployments, but they can also help developers understand how to build flexible, agile applications.
The tools below are not listed in any particular order.

Git refers to a repository for storing versions of code, it is also known as a revision-control system or source code management system. It was original designed and built in 2005 by Linux kernel developers for Linux kernel development. GitHub is a publicly hosted code repository that can be freely downloaded and shared. Git is most likely the most popular source code management tool. Both are crucial for running DevOps environments.

Puppet Enterprise, from Puppet Labs is a configuration management system that allows cloud engineers orchestrate data centers by automating time consuming manual tasks such as the configuration and management of software and machines. Using Puppet, developers can ensure stability, reliability and consistency at every step of the software delivery process. Puppet supports key DevOps practices, including continuous delivery and fostering communication between systems administrators and developers.

Docker appeals to DevOps practitioners who wish to build, ship and run their applications anywhere. Docker’s containerization technology makes applications portable while easing configuration management and control issues; applications run in self-contained units that can be moved across platforms. It is comprised of Docker Hub, which is a cloud service for workflow automation and application sharing and Docker Engine, a lightweight packaging and runtime tool.

Juju is a cloud infrastructure automation tool that enables developers to build cloud environments with a few commands. Its best practice Charms can be used by DevOps practitioners to handle configuration, maintenance, scalability, deployment, and management. Juju orchestrates services to assist in the deployment of hundreds of pre-configured services, OpenStack or a workload on any private or public cloud. It works well with configuration management tools like Chef and Puppet.

Jenkins is an extensible continuous integration engine that allows DevOps engineers to monitor executions of repeated jobs. Using Jenkins, engineers will be able to easily integrate changes to projects. Its top selling point is its ease of use and it has a vast ecosystem of add-ons and plugins. It has also been optimized for easy customization. This open source continuous integration engine plays a crucial role in testing new code before its deployed.

Ansible is a configuration management tool that is similar to Chef and Puppet. However, Ansible mainly appeals to DevOps engineers who are looking for the simplest way to automate infrastructure and applications. It has a visual dashboard, graphical inventory management, job scheduling, and role based access control. Ansible Tower can easily be inserted into existing processes and tools. Additionally, Ansible has an excellent eco system and automation jobs can be delegated to non-Ansible users via portal mode.

Nagios is a seasoned monitoring solution that is highly effective due to its large open source community of contributors who are constantly building plugins for the tool. The importance of monitoring how changes to code affect the environment during application deployment cannot be overlooked. DevOps practitioners can use Nagios to identify and fix problems before they affect critical business processes.

Chef is one of the most popular infrastructure automation tools; it facilitates continuous delivery and configuration management. By converting infrastructure to code, Chef enables DevOps engineers to automate Infrastructure management, deployment and creation through short, repeatable scripts referred to as ‘recipes’. These recipes can manage unique configurations and automatically check and update nodes.

Monit is a system monitoring and recovery tool. It basically ensures every process on a machine is running as it should be. Monit handles automatic repair and maintenance and executes meaningful actions in error situations. For example, if there is a failure in Apache, Monit restarts the Apache process. Apart from monitoring general system resources on localhost, Monit also keeps an eye on daemon processes, directories, file systems and network connections to various servers.