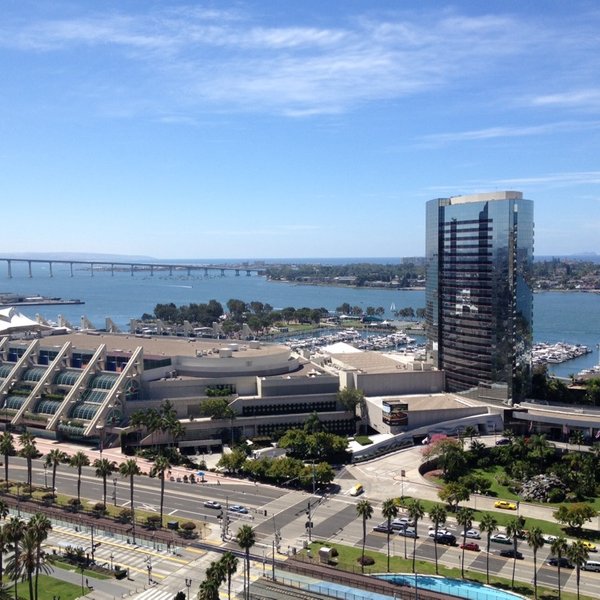 IT Challenges in San Diego

Running the City of San Diego’s while meeting the needs and expectations of its 1 million citizens is a daily struggle.. Of course, the city tries to simplify its activities and processes as much as possible, but at this scale, complexity is a reality. Procurement, social services, city regulations and more need to communicate and share information, often with external partners, to function efficiently. Digital data helps accelerate change and improvement, but introduces new difficulties, like security and orderly exchange management of files with external partners.

Missing Until now: Security and Visibility of File Operations

File transfer plays a key role in the daily life of the City of San Diego. For lack of a better solution, the city had been using an open File Transfer Protocol (FTP) server for file transfer and collaboration internally, and for sharing files with external stakeholders. However, this situation had to be improved rapidly for two reasons. First, the FTP folder on the server was open to the public and therefore insecure. Second, the city’s IT department had no way of monitoring the transfer and use of files that needed to be shared. This created risks and issues such as: • Security Risks – Viruses, worms, Trojans, and other malware can travel easily on files that are shared via FTP and start infecting systems as the files are downloaded on other workstations. • Lack of Accountability – Not being able to track the various changes made to files as well as what was being shared with whom was creating an accountability vacuum with the various departments and external entities

The Decision to Retire FTP

FTP has the advantage of being an industry standard, allowing enterprises across the world to exchange file-based information. However, times have changed since FTP was created. File sizes and frequencies of transfer are now far higher than what was originally envisaged. Regulatory constraints and cybercriminal firepower have both increased too. Whether in compliance, IT management, scalability, security or visibility, FTP struggles to meet the requirements of today’s business world. Even basic controls such as tracing senders and recipients in case of a security incident do not exist in FTP.

The City’s IT Department Has Its Own Demands

The IT team for the city of San Diego needed a file transfer solution that would: • Keep track of the comings and goings of the various files for accountability. • Have the ability to set different levels of privileges for internal and external users. • Monitoring tools such as reports on usage and notifications on system anomalies. • Be Cost Effective to Fit Within the City’s Budget.

The City of San Diego wanted a solution that could serve to streamline backups, enable secure file sharing and let users safeguard their files. The best solution needed to be easy to use and learn, so that non-technical users could switch quickly from the old system to the new. For audit requirements and employee accountability, the IT department wanted something to keep track of the trail of the various files. Finally, with many departments and San Diego facing budget cuts, the solution needed to be both cost-effective and affordable.

FileCloud Brings The City of San Diego What it Needs

FileCloud was the solution of choice. The City of San Diego was impressed by the capability of the software to sync across all devices and allow users to backup files and folders easily. Naturally, it didn’t hurt that FileCloud was also recommended by a neighboring city. After deployment, City of San Diego employees are now enthusiastic and intensive users of FileCloud. With a very light learning curve, the FileCloud platform is now being used across the 44 departments in the city. The IT department was also able to save considerable time by batch adding or removing users as needed

Well Positioned for the Future

City of San Diego users are increasingly connected via their mobile computing devices. At the same time, the cloud is becoming a standard resource for many municipalities. FileCloud already supports this new connectivity and cloud use. It has OpenOffice integration for users to view common file formats directly in the web browser of their mobile computing devices. It offers flexibility in the types of data storage that can be used, including cloud object-based storage such as Amazon S3, Azure, and OpenStack. The FileCloud administration portal will also continue to make life easy for the city’s IT department as it deploys and manages potentially thousands of users with millions of files.